I think it’s fair to say that everyone was fairly dissapointed with the conclusion to Fallout 3, at least from a gameplay perspective. After hours upon hours of slow motion deaths, seemingly endless exploring and a hundreds of lines of dialogue, the ending suddenly cuts to black with little  more than a whimper. Fallout 3 was over, case closed. Until the inevitable release of DLC of course, which we know now consists of five separate expansions that will take you all over the Capital Wasteland and beyond. I was delighted to be granted the opportunity to extend my experience of Fallout 3, but let’s face it, I would have been able to get an entirely new title for the same cost of the whole set, so they had damn well be up to the standard set by the main game itself.

After painstakingly sifting through the content that each piece of DLC provides (I know, tough gig eh?) I’ve come to some tough conclusions about the quality of each expansion, so read on to find out which ones deserve to be part of the Fallout universe, and the missions that should have died at the same time as Fallout 3 did. If you haven’t already, check out our full Fallout 3 review.

One of the biggest feather’s in Bethesda’s cap when it came to Fallout 3 was that as soon as you got out of Vault 101 you were free to do as you please, and could freely explore the entire Wasteland as and when you saw fit. So it’s with complete commercial understanding and clarity that Bethesda contrived to take a gargantuan, steaming dump on that whole concept with the first expansion. Operation: Anchorage is entirely self contained, contributes nothing to the game as a whole, and most damningly of all is very, very linear.

After installing the DLC, a radio transmission directs the Lone Wanderer towards a group of Brotherhood of Steel Outcasts who are attempting to gain access to an armoury stocked with experimental weaponry. Unfortunately for them, it only opens after a nearby simulation of the titular military operation has been completed, and to make matters worse only the lucky owners of Pip-Boys can interface with the VR machine (fancy that!). Flimsy pretense out of the way, you’re free to enter the simulator and Operation: Anchorage gets underway…again.

The simulation actually begins very promisingly, with your character parachuting into an unmanned section of the Anchorage Cliffs with the aim of disabling a set of artillery guns that have been commandeered by invading Chinese forces. When this section allows you to utilise stealth, slowly traversing the cliffside while silently knifing Communist soldiers, it works extremely well. Unfortunately though, I found that it usually breaks down into a straight up shootout most of the time. When this happens you’ll be able to get to grips with some of the new gear, but most of it is pretty underwhelming with the exception of my favourite weapon from Fallout 2, the Gauss Rifle *drool*.

Even though the snowy Anchorage landscape is a welcome departure from the Wasteland, there isn’t a lot to distinguish this section of the game from anything else in Fallout 3. You’re still a lone warrior fighting through droves of enemies just waiting to be separated from their limbs, and even the sound of the wind and dust being blown across the screen is identical to the main game. The gameplay is mixed up a bit when you reach the U.S. field headquarters, as you’re given three objectives to complete, as well as your very own strike team, before launching an all out assault on the Chinese position. Being in control of the strike team, although the level of control you have is extremely limited, makes the whole experience feel a bit more like guerrilla warfare. It’s a nice departure from the lone wolf tone of the missions outside of the expansion, but it just isn’t enough.

The objectives themselves are completely interchangeable and simply involve fighting through masses of Chinese invaders until you reach a certain point. You can tackle the objectives in any order, but the method that you choose doesn’t make any difference and the route to each objective is completely forced upon you without allowing for any kind of dynamic strategy. Even the final push against the enemy is a letdown, beginning in an epic fashion with your forces going over the top to the sight of artillery fire and flying bullets, but reverting back to the same old formula with your character being forced into man made trenches and even being blocked off by invisible walls.

No matter what way I look at it, Operation: Anchorage feels tacked on, uninspired and is probably a lot worse than most of the original missions in Fallout 3. Bethesda have forgotten what kind of game they’re developing against here, as the expansion pack is completely devoid of any RPG elements and let’s face it, Fallout 3 can’t stand on the merits of its FPS experience by any stretch of the imagination. Personally, after liberating Alaska from the Chinese once, in no more than a few hours at that, I was more than happy to forget the whole experience and get back into the loving embrace of post apocalyptic DC. 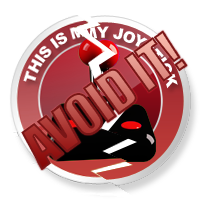