Let’s get this out-of-the-way first of all; Civilisation V is the best Civilisation game so far. If you don’t have it on your Steam account and have even the smallest interest in some turn-based strategy, stop reading this and go and buy it. You won’t be disappointed. However, if you aren’t sold yet, let me explain why you should be losing hour after hour to this masterpiece.

Sid Meier’s Civilisation is perhaps one of the greatest series of PC games ever made. Its addictive gameplay has led to many a sleepless night, while its huge variety of options and races means its replayabilty is massive. The basic set-up and gameplay ideals are unchanged in this latest incarnation but a few tweaks have been implemented to allow even newcomers to enjoy this series.

World Domination in fourteen turns
As always, you and your chosen nation start at the dawn of time, with only a settler and a warrior to your name and you must then build up through the ages, fighting barbarians as well as other nations before winning through military domination, cultural victory or by simply going off into space. This has been the same approach since the start of the series, but Civilisation V makes a few changes.

The first is a welcome one to most war gamers, which is the replacement of squares with more naturalistic hexes. The effect of this is two-fold; units can move diagonally and the generated worlds look a lot more natural than those in Civilisation IV. Civilisation V also manages to get rid of a big problem in the previous game; the Tower of Doom. This is where you would simply create stacks of units of differing types to be able to beat back any opposing units. Civilisation V requires you to be a little more tactical as stacking of military units is now disabled. Instead, units can provide flanking bonuses while ranged units can bombard over the top of other, close combat units. Due to this, placement and bottlenecks become key to military victories. Thankfully, defending cities is no longer a concern of most units; they can provide useful defence bonuses but cities can also defend themselves at a seriously long-range which is great to fend off early barbarian raids. 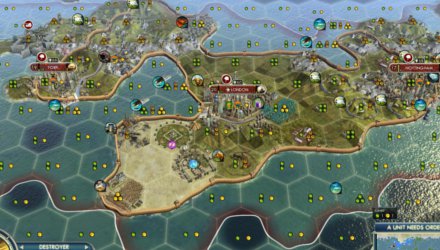 Another addition to the game is the new City States concept. These are dotted around the map comprising only a single city and its associated territory. They provide a few benefits for you, such as extra units or resources, but only as long as you keep them on your side by either paying them off or doing missions they give to you. I like their addition as it offers an avenue of diplomacy where only one side is out to screw the other.

The final major addition is the social policies. These are minor perks you can implement via your cultural output. It’s a pretty handy addition allowing you to theme the bonuses you receive around how you play. There are also a multitude of other smaller changes that just make the game even better and easier to play. There is only really one tiny issue I have with game’s AI. The lower difficulties, which posed a large challenge in Civilisation IV, are walkovers 90% of the time. Veterans of previous Civilisation games should jump in at the higher difficulties in order to feel suitably challenged. However, even at higher difficulties the AI will make some pointless or stupid moves, such as waiting around for your units to easily outfight them.

A beautiful view of history
Civilisation V is the best looking game in the franchise so far. Thanks in part to the new hex-based system, the game world looks a lot more natural. Transitions from mountain tops down to flat valleys gently curve rather than a sudden change in the square-based preceding games. The maps generated, be they strings of islands to focus on the naval powers, pangea-esque layouts for the all-conquering armies or the earth layout for those wanting to fight over our world as is, all look breathtaking and easily create areas perfect for epic stories. The game also features DX11 elements, if your PC can handle it, which is subtly used to make the game look even better. The streamlined UI is also expertly stylised with an art deco look that wouldn’t be out of place in Bioshock. Overall, the game is a visual treat. 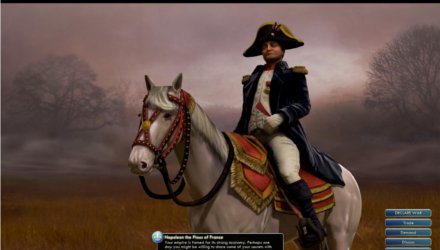 You hear that? It’s the sound of change..
Sound is also a rather strong element in Civilisation V. Every leader speaks to you in their own language, be it Elizabeth I in English or Napoleon in French adding to the sense of actually conversing with the leaders during your diplomatic meetings. Rather than the world music of the previous game, each race has their own race specific music which plays quietly in the background to provide an ambience that really draws you in. The whole music setting is perfect for long games that last until early in the morning.

Diplomacy with Friends – What Could Go Wrong?
Civilisation 5 has multiplayer (via Steam or local area network) although it is missing two of the major options; play by email and, my personal favourite, hot seat. I’ve played a few games and it seems to be not quite as stable as Civilisation IV, with several disconnects and even lag. One thing to bear in mind with playing Civilisation V online is that it will take a long time to play, especially in larger games with more human players. Luckily you can save mid-game and reload it online as well, as long as the same host is maintained.

Speaking of save games, Civilisation has full support for Steam Cloud, so saves be passed between computers (a god send for playing it on the go). It also has an integrated mod-manager and downloader which make it pretty easy to get hold of some of the community’s best stuff. A word of advice on the DLC; I’m not a huge fan of the maps they’ve added thus far, but the new race is great fun to play with. I should note that the game requires Steam to play online.

Just. One. More. Turn…
So as I said at the start, Civilisation V is the best Civilisation game so far. It is the easiest to get into thanks to its streamlined UI and comprehensive Civilopedia/tutorials. It’s the best looking thanks to its new engine and it is still just addictive as heck. Buy this game and enjoy taking over the world!