Okay, so maybe this might come off as random, but when’s the last time you followed the directions on the back of a shampoo bottle? It’s a cliché joke played out and redone by every comedian to ever spew spittle onto a microphone, but it’s oh-so relevant when considering picking up WET for Xbox 360 or PS3. If you truly and honestly have read the back of a bottle of a hair-care product within the last year, WET’s formula may be both familiar and enjoyable to you. If not, you may want to give this action title a pass.

The next Kill Bill
WET is the latest game from Bethesda Softworks, a company notable for releases such as the holy grail of western RPG’s itself, Fallout 3. The story follows Rubi, a problem fixer out for revenge after being betrayed by her employer much in the style of Mercenaries 2. The game will have you travelling from Texas to Hong Kong and back on a quest to slay those who have wronged this wild femme fatale. Along the way you’ll meet new and interesting characters which embody the none-too-serious feel of the entire game, as well as make the plot even more interesting.

Lather, rinse, repeat. Lather, rinse…
WET’s gameplay can pretty much be broken down into a scientific formula or, if you’d prefer, a few basic ingredients. Take a gallon of Stranglehold, two teaspoons of Prince of Persia and a dash of Max Payne and let sit for two years, or however long the development cycle for the game was. Anyway, you’ll find yourself hopping over and onto enemies, bounding over obstacles and leaping from wall to wall, stringing together a combination of murders through a flurry of bullets and death all the while.

Each chapter will start off with you left to use your impeccable gymnastic skills to advance through each area. Once out of the first area, you’ll come across a room or small, closed in place which harbors infinitely respawning enemies that cannot be stopped until the door from which they’re spawning is destroyed. After that, you’ll have to hop on a turret for a few minutes and mow down some more drones without much effort. Two yawns later, and you’ll be playing yet another section in which you hop from car to car using quick time events and auto-aimed bullets to deal death to mobile foes.

If it sounds cut and dry, that’s because it is. Though fun at first, the sections in which you must deal with the infinitely respawning enemies get so tired after a short while. Within a few chapters of starting the game, you’ll have already mastered this part of the game and be praying they implement something new. 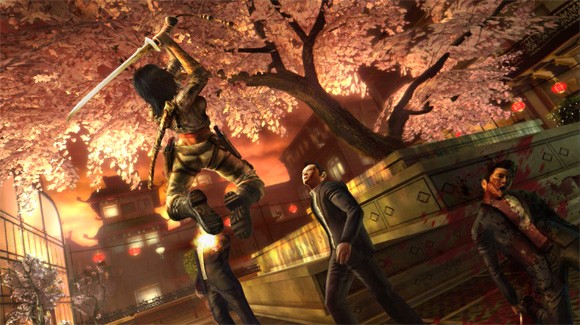 Once you hop onto a turret, you’ll realize how little fun you’re having. Enemies will line up next to explosive barrels just begging to get mowed down or blown up by your sassy female fury, and you’ll happily oblige to advance the game and get past these sections. Unfortunately, no matter how many times you do these parts, you’ll always have another turret scene in your future.

Now let’s talk about the vehicle scenes. You may be prompted to press one of the face buttons in order to watch Rubi perform a spectacular move, and that’s about how immersive these quick-time-laden moments will feel. You’re more apt to liken complying with these button prompts to having to press the “play” button on your DVD remote than controlling Rubi herself, which is a shame since the things she does are so visually stunning.

The final and not afore mentioned step in the short process of completing a chapter is the Rage mode. Popping up tons of times throughout the game, the Rage mode falls flat on its face in spite of its amazing potential. Because Rage mode only occurs when Rubi gets blood on her face, it’s no wonder why the situations in which it’d be activated would have to be very similar, but that’s no excuse for the blatant copy-paste job they’ve done with this feature.

You can see Rage mode coming from a mile away. Rubi walks unsuspectingly into a dark hallway and some idiot wielding a machete will come running headlong at her, only to be stopped short by a life-ending gunshot. His blood splatters all over Rubi’s face, and thus Rage mode begins. This happens every single time. That’s not even an exaggeration; that one scene will happen at least four times in exactly the same way. Because Rage mode adds almost nothing to the gameplay except for an aesthetic shift, and is never incorporated into the story even once, it serves as more of a random happening than a cool section of the game. 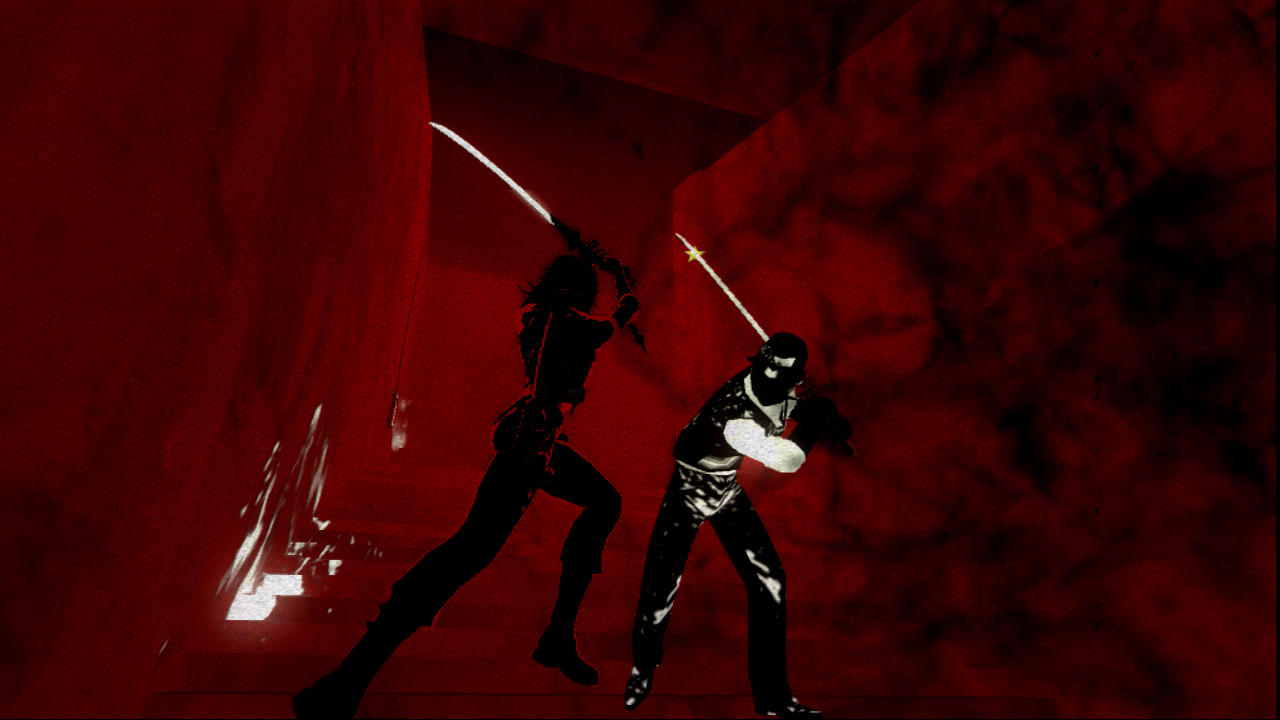 Once the campaign is completed, there’s a Points Count mode in which you can replay any chapter of the game in an attempt at maximizing your points total. As well as that, there are the Boneyard Challenges, where you’ll find yourself running through Rubi’s personal obstacle course in order to master the challenges presented. Aside from that, there’s not much else along the lines of extra gameplay once you complete the main story.

Ooh, she’s perty
Rubi Malone breaks ground as being the first female protagonist whose cleavage doesn’t dance like weightless jelly in combat (Peach doesn’t count, because she has none. Ooh, burn.). All of the animations in the game represent people as realistically as they should, save for when some poorly-render characters speak and their mouths move like they’re in a peanut butter eating contest. The main characters, though, are fine.

Throughout the entire game there’s a slight sepia tone and grainy aesthetic indicative of an old kung fu movie with a western premise. Rubi is a Ninja in a cowboy flick, and her enemies are mindless delinquents with guns, but it all looks so fabulous. Cut-scenes showcase the true talent of each plot-centric character, and convey best the abilities which WET’s simple control scheme prohibits Rubi from using.

Dig those funky tunes!
WET’s soundtrack is probably the most impressive feature the game has to offer. In an industry where personalized soundtracks are a lost art, this game shines the light in the right direction for future action games to follow in terms of music. Every song perfectly matches the tone of the game, which feels like it takes place in the Old West with modern twist. With over thirty songs in the game’s Jukebox mode you may find yourself downloading a game’s soundtrack for the first time in a long time.

Get WET or stay dry?
The decision of whether or not WET is a must buy really can’t be deliberated by one person’s opinion, whether that person be a critic or not. With the demo available on Xbox Live and PSN, there’s really no reason not to give this game a quick try or check out our Demo Impressions if you need extra information. With a disappointed shrug, I submit to you that if you do not like the demo of WET, you won’t like the game. But even if you do like the demo, unless you absolutely adore it you probably won’t love this game from beginning to end. Give WET a try if it peaks your interest and see where your allegiance lies.