Announcing DLC before a game is released…

Downloadable Content, or DLC as it is affectionately known, tends to split gaming opinion like Marmite splits office debate. There are many in the camp that it is yet another way for games developers and publishers to make more money from us poor gamers and others that just can’t seem to get enough.

This is by no means a new phenomenon, additional content has been available for to those willing to pay for it for as long as I can remember. Back in the days of the old home computer systems and early PC gaming, this came in the form of expansion packs purchased at shops on tape or disk, which always seemed to cost as much as the game itself (probably due to all that packaging). Now with the current generation of PC’s and consoles being so easily connected to the internet, they take the form of DLC.

The argument regarding the value of this content is for another article on another day, personally I am all for it, (if done correctly) the question I want to ask is not if, but when should it come?

There aren’t too many games released these days that don’t have some form of DLC announced prior to or very shortly after release. It begs the question: Should it have been in the original game?

The most recent of these (and one of the biggest) is the upcoming Game of the Year contender, Elder Scrolls V: Skyrim. Despite the game not being released until November, we were told that there would be DLC way back in June, with the news that this would be a timed exclusive for Xbox 360 owners coming to light last month.

As yet we don’t know the full details as to what this will include, but is it fair to those planning to buy the game on release to know they are getting what some might argue is an incomplete package? On the flip side, does the knowledge that completing the game will not automatically mean the end of the experience actually encourage you to purchase? 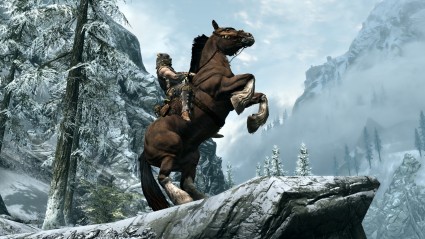 Can you complete Skyrim without the DLC?

In such situations, this timed exclusive DLC is clearly being used as a marketing tool to sell the game on a particular system (Xbox 360 in this case) or even encourage people to buy a particular console over its competitor. That gives you a big clue as to the fact that it’s as much (if not more) about the money than the players. It is also something that can seriously back fire on you if you game across multiple platforms and make your choice with DLC in mind.

One of Skyrim’s main obstacles for GOTY could be the brilliant L.A. Noire, for which a “Complete Edition” has recently been announced for PC. This will “include all of the DLC content as a part of the package for free”.

Now, I haven’t yet purchased the game myself, and talk of this version hitting consoles, is at this stage nothing more than internet gossip. However you want to read that statement, it is something of a two-fingered salute to those that not only bought the game early, but also paid for all the DLC released for it on any system.

Map Packs are my biggest personal criticism; these are not new game modes or an additional branch to the story, but simply an extra arena to play the same game in, and I will always argue that this does not warrant DLC at additional cost. Clearly I am in a minority as the success of the map packs is a large part of the reasoning behind Activision’s Elite subscription service for Call of Duty. This is not a swipe at Activision either, as I thoroughly enjoy a bit of CoD, but it does annoy me that I know before I even get the game that a few months later I will be left out of a lot of online matches unless I buy more content. 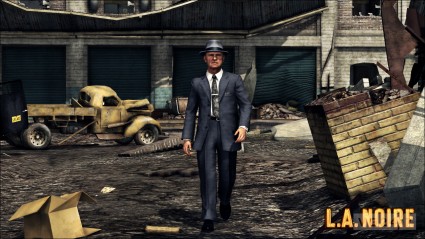 Finally we can now buy the complete game...

Still, generally I like how DLC can extend the life of our favourite games, albeit at a cost. Personally, I have no issue when it is announced early, either. At least the developers are being honest and open from the start. What I don’t like is when the DLC announced pre-release is something small that could, or maybe should, have been in from the start, or is integral to the story, meaning that you need to purchase it for the full experience.

Fortunately, and maybe somewhat naively, I am of the belief that good DLC far outweighs the bad. Even the ones that are announced early are designed to provide something extra for those who really want to immerse themselves in a title, rather than gain extra money from those of us that just want to play the game.

Are you planning to get Skyrim and does the DLC effect what system you want it for? Maybe you bought LA Noire on console to get it early and have some of the DLC, are you upset by the recent PC release details?

However you view the early DLC subject, we’d be interested to know what you think.