Microsoft: Is their failure inevitable? Probably not…

While you’d think we all eagerly await the announcement of the next Xbox from Microsoft (MS), it seems some parties have a somewhat different view on what the future holds. Forbes analyst Adam Hartung recently delivered what can only be described as an utterly damning verdict of MS’s future chances, suggesting that the company’s failure may already be inevitable, and their entertainment section could be sold to Sony! 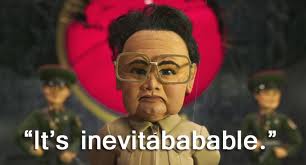 Wow… I tend to take anything said by an analyst with a grain of salt as their every statement seems to be intended to get their name into the press (yes I know I’ve just done exactly that, sorry), but I do think there is some cause for concern. Of course, Windows is a huge part of MS’s business and I can’t really comment on how that’s working out for them (still very well you would imagine; I don’t see too many people using Linux as their OS!), but what about this entertainment section, and of course the Xbox? We know that a new Xbox is on the way, but is it doomed to failure or is there hope?

First of all, let’s take a look at the last E3. MS’s conference was just targeted all wrong to my mind, with no interest in growing their portfolio of first-party titles. More Halo, admittedly a huge success; more Fable; more Forza. Further exclusives largely limited to timed DLC, and who really cares about this? Oh no; I may have to wait a few weeks to play a game or some DLC that’s out on another platform. How will I ever cope? Oh yeah, I can just play something else! Not to mention pushing more motion tech with Kinect, Smart Glass, etc. etc.

Okay, so Halo 4 and Forza Horizon are both brilliant games, but how long can MS rely on four core series (add Gears Of War to the three already mentioned), some interesting, but flawed tech in Kinect which pretty much everyone bought and nobody uses, and a new feature which could be interesting, but is unlikely to be a system seller? 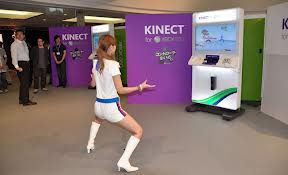 More worrying, if the rumours flying around about the next Xbox are true, then things aren’t looking too promising. There’s talk of blocking used games, embedded Kinect 2, and it seems likely the focus will shift towards it being more of a media centre. If this is true, it would suggest there are genuine reasons to be concerned for MS and the future of Xbox, especially when Sony has gotten so much right lately and really seem set to continue that with the PS4. Their base of exclusive IP seems to grow all the time, they’ve added more functionality in the PS4 but they didn’t overstate this too much in their announcement, and from leaked hardware specs for the Xbox, it looks like PS4 will likely be more powerful as well.

On the flipside, I refuse to believe even MS can be that stupid as to do half of what is being suggested! Lock out used games? Unlikely now Sony has confirmed that it will allow used games still with PS4 (although no mention of whether this will be free or not in fairness), and I suspect the rumour was a result of some investigation that was probably not going to be used in anger anyway.

Huge focus on Kinect 2? I can’t really see this either. Sure, have it in there as an interesting bit of optional tech where it makes sense, but at this point the Wii bubble seems to have burst, and there’s a good amount of negativity out there regarding Kinect, so playing the motion/casual gaming card is a very dangerous game. I know motion gaming doesn’t have to be casual, but let’s be honest, this is largely how it’s turned out so far.

As for the media centre side of things, this is not necessarily a bad thing anyway. Depending on how they do this, it could mean fewer boxes under the TV, and the current generation of consoles have been heading in this direction anyway so it’s a natural evolution. The real key for me is three areas though:

1. Exclusive AAA games. Can they really continue to rely on Gears, Forza, Fable and Halo? Halo is ridiculously popular but they need to expand this roster, otherwise more and more people will see the breadth of games they can’t play because they’re PS4 only, and you can see loyalties shifting.

2. Online subscription. If they continue to charge for Gold subscription, they have to give more for the money. PS Plus has blown MS’s offering out of the water of late and it’s confirmed it will come to PS4 in some capacity as well (although don’t expect it to be quite so good as it is currently), so a subscription with nothing extra won’t wash. Expect a response from MS on this during their announcement.

3. Indie developers. Of late, there have been a few reports from indie developers complaining about their treatment by MS. Just Add Water won’t be releasing their Oddworld: Stranger’s Wrath HD remake on XBLA because MS refused to publish it, first due to file size limitations (2GB max), then purportedly because it didn’t score high enough. MS apparently require a rating of 80 and over on Metacritic to publish, which makes this all the stranger (forgive the pun) as this game had a score of 88 on original release, and 82 for the HD release. Not to mention that it’s absolutely brilliant.

Jonathan Blow has announced The Witness as a timed exclusive on PS4 with no word on any Xbox release because, as he puts it, “we like the positioning of the PS4 (it’s about games) a lot more than what we perceive Microsoft’s positioning is going to be” (thanks Kotaku). Add to this reports of crippling costs for patching a game on XBLA (only the first patch is free), and MS reportedly refusing to release games that come out on PSN first, and it doesn’t paint a pretty picture.

On the other hand, Sony have already announced they plan to make the PS4 an open platform for indie development, and when you consider that some of the best, and certainly most original, gaming experiences this generation have been made by indie developers (Journey, The Walking Dead, Braid, Limbo, Outland and Fez to name just a few), you can’t understate the importance of this. MS simply have to change their strategy.

One area in which MS may already be hindered given leaked reports, though, is hardware. If the leaked specs are accurate, they’ve opted for 8GB DDR3 RAM. That’s a good amount, but of RAM that’s already commonplace in PCs, while Sony have opted for 8GB GDDR5, which you can’t actually get in that quantity yet. This could give Sony an edge, at the very least in graphics, but also in future-proofing their console. Will developers hold back progress to please MS, or when GDDR5 becomes more mainstream in PCs, will this create a shift towards PC and PS4, with the new Xbox being left in their wake? 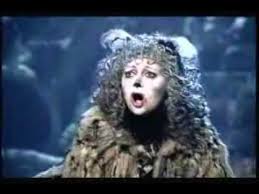 Memory, all alone in the moonlight! Will we be mourning the memory of MS due to their lack of RAM? See what I did there? I’ll get my coat…

This may paint something of a gloomy picture, but if MS can get those three points above right, and not go overboard on the gimmicky nonsense, they’re still right in there. Also let’s not forget they have a huge install base this generation, which will likely see a very high number of loyal Xbox gamers remain onside, especially if their Gamerscore carries over (which it surely will).

As for Adam Hartung, have a look through his past articles and you will see a pattern emerge of unswerving negativity towards MS, and constant encouragement to forsake them for Apple. Make of that what you will, but to suggest MS should throw in the towel is, to put it bluntly, sensationalist nonsense. Let’s hope that all our worries are unfounded, and the rumours wrong. It’s good for us gamers to have both the choice of consoles, and the competition to keep these companies pushing themselves and trying to get our business. Don’t even get me started on Sony buying out the entertainment division…