I remember very clearly getting my PSOne console back in 1997 whilst at university. This was hugely exciting for me, since my spare time up to that point had mainly involved watching daytime TV or drinking, and this was the first console I’d owned. I bought it from Electronics Boutique packaged with Tomb Raider 2, but the game I’d bought it for more than anything was Final Fantasy VII which I’d picked up even before the console.

Over the next couple of weeks I probably spent rather more time playing on my shiny new console than studying, and while I’d only gone through a couple of levels on Tomb Raider (I was on the motor boat level if I remember rightly), I’d long since left Midgar in FFVII and must have ploughed a good thirty hours into it in total. So imagine my horror when one day I turned on the PSOne and there were no game saves on my memory card…

No Tomb Raider motor-boating (easy…), and no free-roaming around the world map in FFVII. Thirty hours of lost gameplay was a soul destroying moment. While my memory card subsequently never misbehaved again (okay, I admit I may have somehow deleted my saves), it’s lucky that I was so engrossed in FFVII, and was a student, so I had sufficient time to go back through it.

He’d been burned, had limbs cut off, and the woman he loved had died… but nothing compared to losing his save for Hannah Montana: The Movie Game.

You’d think after something like this had happened I would have learned, wouldn’t you? I like to think I’m a fairly intelligent guy, so surely I’d never allow myself to commit such a silly thing as not securing saves again. It wouldn’t make for a great article if that was the case though would it? So on to the PS3…

As any PS3 owner should know, the PS3 comes with the facility to back up your data including saves to a PC, or an external drive via USB. However, given the sheer reliability of both my PSOne and PS2, I was sure I’d never need to worry about problems with my PS3.

Perhaps the fact it had a faulty optical drive out of the box should have given me pause to think about this, but somehow 18 months later, I came back from holiday only to find that I had the dreaded Yellow Light of Death (as an aside, why do technical things need to have a something of death? I guess it sounds dramatic). I found a company online who claimed they could fix it, so I crossed everything in the hope they could resurrect my console long enough to at least back up my saves. Alas, it wasn’t to be. They did, at least, manage to get my Assassin’s Creed 2 disc out for me, though. 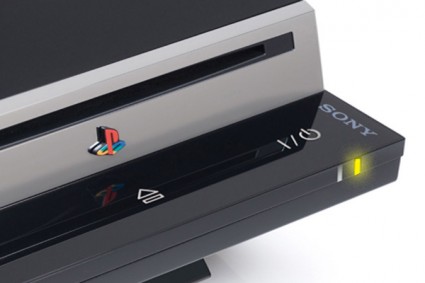 There are many items of death, but if life is a computer, avoid yellow lights, red rings (don’t be rude), and blue screens.

Speaking of which, on this occasion the loss of played hours was far worse than the PSOne. Thankfully, I’m fairly good at finishing games before starting new ones, but I was twenty-five hours in to AC2. I’d also been playing Fallout 3 and I can’t begin to tell you how much game time I lost there, but it was enough that I’ve never had the heart to start playing it again, although I did go back through AC2.

Lesson learned, and once I got a new PS3, I started backing up saves regularly and now I have PS+ I have the Cloud to save my games for me, hopefully meaning no possibility of a repeat!

Of course, after two such issues, only an idiot would allow something like this to happen a third time…

I was one of the few who couldn’t wait to get their hands on a PS Vita last year, and so I pre-ordered with what I felt was a decent deal, including a couple of games and a 4GB memory card. As any Vita owner will probably know, a 4GB card is fairly useless, so after stubbornly refusing to part with a frankly sickening amount of money for a memory card, I gave in late last year and got a 16GB one. All good so far, and when I got the Vita, I installed Content Manager on my laptop and a few times had synced this up to back up my Vita.

For Christmas I asked for Need for Speed: Most Wanted and Assassin’s Creed: Liberation, and got neither (thanks everyone!) but picked up Need for Speed in the sales. About five hours into that and a considerable way through Mortal Kombat as well, I went to wake my Vita out of sleep mode only to be presented with the message “The memory card has been removed. Do not remove the memory card while the PS Vita system is in use. If you do, the data may become corrupt. The PS Vita system will restart.”

This came as news to me since I’d not touched the memory card, and to the best of my knowledge it was still quite snugly inserted in the memory card slot. This was confirmed by my opening the slot, but to my horror when I loaded back up again, it seemed I’d lost everything on my card and this time I’d not used content manager. 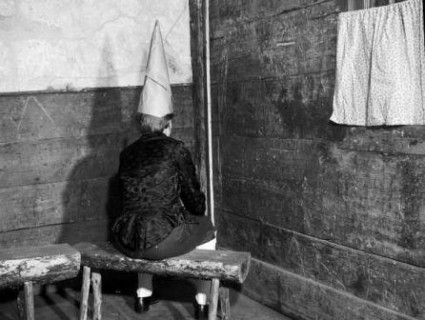 TIMJ only let me out of the corner to write this article so they don’t have to put you good people there. I’m still wearing the cone of shame.

Fortunately, on this occasion I can report a happier ending. I removed and re-inserted the card a few times, rebooted, did a reset on the Vita, and nothing happened. After spending some time online looking for anything else to try, I stumbled upon a thread where someone suggested turning the Vita off, opening the memory card flap, pushing in the card as far as it would go, and then booting it back up again.

When it booted back up, I gave a small sigh of relief as my icons had all re-appeared until I realised all were corrupted. Yet thankfully when I restarted the Vita, re-inserting the card again in between, everything finally came back again as normal. Phew!

Now that PS+ has finally arrived on the Vita, you can of course make use of cloud storage. However, don’t assume this is automatically enabled, as it was not on my Vita (it would have saved me some worry if it had been!). I would urge anyone with a Vita to take a quick trip into Settings > PlayStation Network > Automatic Update Settings and tick the box that uploads saved data to online storage, to give yourself a bit of peace of mind.

I’ve done this in the hope that at least until I make some sort of bumbling error on my next console I’ll finally not have anything to worry about.

Hopefully then, the message here is loud and clear. I’m an idiot. No wait, I mean backup your saves! As our gaming platforms get more complicated, there’s more to break, and don’t we know it after some of the hardware problems of this generation of consoles. Add modern, busy, lives into the mix and this makes a trawl back through the many hours of game you’ve already finished the last thing you want, or need, unless you’re some sort of gaming masochist. Once you’ve finished reading, ask yourself when you last did a backup, or when you checked to make sure any auto backups are working correctly.

Take a few minutes to ensure that you’ve enabled any automatic backups, make use of the cloud where possible, and if not, of course most systems these days allow you to back up to external drives or other systems (you can back up a Vita to a PS3 or PC using the aforementioned Content Manager for example, and of course you can back up a PC to pretty much anything). Trust me when I say you won’t be sorry!