Rumour, Speculation and the Future of OnLive

The weekend of 17th -19th August was a tough one for the OnLive service. Friday night saw the internet awash with rumours that the company was dead and the service was going to end. Twitter in particular had a steady stream of doom and gloom from all quarters and bloggers across the web were nailing the coffin well and truly shut.

While cynics were screaming I “told you so”, fans and subscribers took to the site’s Facebook page to ask for something official, but alas it didn’t come. Even the most ardent admirers were starting to think the writing was on the wall until the early hours of Saturday morning, when finally ripten.com posted an official response from OnLive painting a rosier picture.

So a week on, the question has to be asked: just how much life is left in this old dog?

As full details came to light over the course of the weekend we learned that OnLive had in fact filed for bankruptcy in its original form, only to have a phoenix-style rise from the flames immediately. The official statement read:

“We can now confirm that the assets of OnLive, Inc. have been acquired into a newly-formed company and is backed by substantial funding, and which will continue to operate the OnLive Game and Desktop services, as well as support all of OnLive’s apps and devices, as well as game, productivity and enterprise partnerships. The new company is hiring a large percentage of OnLive, Inc.’s staff across all departments and plans to continue to hire substantially more people, including additional OnLive employees. All previously announced products and services, including those in the works, will continue and there is no expected interruption of any OnLive services.

We apologize that we were unable to comment on this transaction until it completed, and were limited to reporting on news related to OnLive’s businesses. Now that the transaction is complete, we are able to make this statement.” 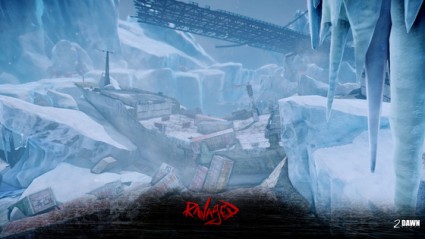 So maybe all is not lost after all. In fact maybe this is just the beginning. Let’s not forget that OnLive is still a relatively new service, with its first birthday in the UK not until next month. While I accept last weekend’s troubles will give the doubters plenty of ammunition there is also a lot to be positive about.

Despite all the trouble the OnLive servers have been online 24/7 since launch, uninterrupted. That kind of service puts the three giants of EA, PSN and XBox live all to shame, who regularly take their servers down for maintenance or experience issues that cause loss of service. The Play Pack bundle that allows subscribers to play any of the 200+ games any time, as often as they want, is still only £6.99. This arguably makes LoveFilm’s service that charges more than double that for a maximum of three games at a time absolutely laughable, regardless of the added access to movies.

There is also a playable demo of pretty much every game on the service, which unlike XBLA or PSN gives you access to everything the game has to offer (all be it for a limited time), so nobody needs to pay out for a full play pass without being certain they are getting a game they will enjoy. 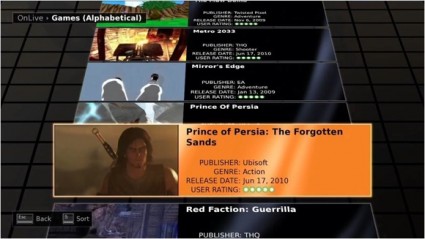 The list of games is getting bigger and better.

Above all else though, the developer support continues to improve for the service and both the quantity and quality of the games available improves by the month. With the likes of Batman: Arkham City, Saints Row: the Third, PES 2012, LOTR: War in the North and the recently released Darksiders II launching on OnLive in line with or close to their much more lauded console versions. The brilliant Sleeping Dogs is another imminent release on the service as is the upcoming Ravaged.

On top of all this, even during the darkest hours OnLive continue to push ahead, to challenge boundaries and to offer the world a unique gaming experience that allows players to continue their game on multiple devices. No other platform can compare to this, despite trying to find ways to keep us engaged with Facebook Apps and web interfaces that allow us to do little more than edit our characters.

Even the mighty Microsoft, with a solid market share across all platforms and an XBox Live app integrated to Windows phone devices, can’t come close. OnLive meanwhile can work through your phone, tablet, netbook, laptop or desktop computer as well as through your home TV, and remains a far cheaper alternative to any other home console or PC gaming. 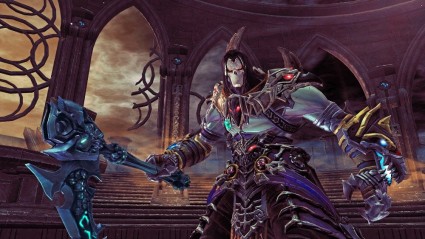 I have stated before I am a fan; that is clear to see. Although I do not use the service as much as I’d like I sincerely hope it is here for the long-term. If nothing else, OnLive has the power to bring down the cost of gaming, which in turn will give more people an opportunity to experience all the positives that we regular gamers rave about on a daily basis. It also gives Indie developers another platform to showcase their talents and the openness of the Play Pack Bundle and the demo system means that a higher percentage of subscribers are likely to play their games.

So in answer to the earlier question, I genuinely believe there is plenty of life left in OnLive despite a bad week. There may be a drop in the activity of the 2.5 million subscribers or a reduction in the number of new subscribers to the service in the immediate term, but with more quality additions to the games line-up due, new ways to access it being produced and the pricing very competitive, OnLive should keep its little corner of the market.