The shame of it all!

Anyone who plays games has got one whether they like to admit it or not. Somewhere, often buried deep in a dark corner, it lies as a constant reminder of their lack of commitment. If you listen very carefully, you can almost hear the cries of ‘But you said you loved me, why are you hurting me like this?!’

What I’m talking about is the ‘Pile of Shame’. That collection of games which, for one reason or another, you just never get around to finishing. Note also the use of the plural ‘games’. I’m yet to hear of anyone with just one uncompleted game in their library, although I’m sure they exist… somewhere along with unicorns, time travel and the end of the console wars. At last count my own pile came in at a very comfortable 31 games across five platforms. Something to be proud of.

So what is it that causes us to leave perfectly good games in limbo, full of good intentions of returning one day? It’s not as if they’re bad games: not all of them anyway. I had a partially completed The Last of Us laying in wait for over six months, and it was only the release of the Remastered edition which drove me to finally finish it. By the same token, there are some games that deserve to be left alone. Not completing them is not to be considered shameful, though, it’s just that life’s too short to play crappy games. 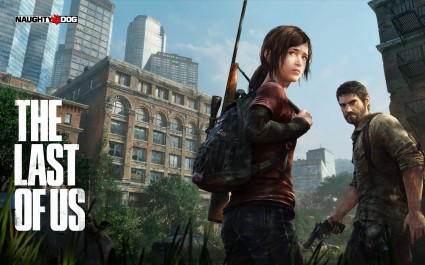 It’s like their eyes are looking at you, judging you…

As consumers of video-games we’re spoilt for choice. Developers are constantly tempting us with their wares, be it through the continuation of a much loved franchise, the launch of a new IP, or the inclusion of sparkly trinkets in pre-order bonuses. These days, the average gamer is in their early thirties and time has become more of a luxury for us, thanks to the boring obligations that go with being an adult. Despite our best efforts, there just aren’t enough hours in the day to experience all that is out there. That doesn’t stop us from trying though…

So many things work against us. We’re seeing a lot of potentially good games released and we don’t want to miss any of them. It seems we get a quarter of the way through a game before the next ‘must have’ is on the shelves, taunting us like Sirens did the sailors of old. Don’t for a second think you can delay the purchase either. That would just encroach on another upcoming release, and we don’t need to place ourselves under further pressure. As a result, our new game – or the current one – gets placed on the back burner, with a well intentioned mental note to get back to it at a later date: and we all know how well that works out.

The availability of digital content doesn’t help our cause either. In the good old days you would hear of something that piqued your interest, but then you’d have to go to the store – if it was open – find it on the shelf, and hand over hard-earned dollars. Now it’s as easy as starting up your console, accessing the online store and, before you know it, the current object of your desire is ready to play. As if that wasn’t enough temptation, the current generation allows you to remotely download titles via a web page or smart phone app. You don’t even have to be at your console to make ill-considered purchase decisions on a whim. Before the PC Master Race start shaking their collective heads at the poor simple console people, I’ll just say two words: ‘Steam Sale’. For all of our differences, we have so much in common. 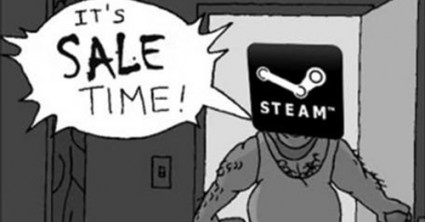 Just when you thought you were out, they pull you back in…

In the last month alone I have bought The Last of Us Remastered, Counterspy, Diablo III, Destiny, Alien: Isolation, and Danganronpa 2: Goodbye Despair, whilst only managing to finish The Last of Us, and Pokemon Y. On the horizon I see Pokemon Omega Ruby, The Crew, and Far Cry 4. I also wouldn’t mind dipping my toe into the Remastered versions of GTA V and Sleeping Dogs. Only time will tell what else will grab my eye, and wallet, unexpectedly like both South Park: The Stick of Truth, and Child of Light did.

Will we ever see the evolution of games development as a result of the pile of shame? Will creators realise that length is not an effective metric for player satisfaction, cut down on the side-quests, collectibles, reduce the amount of padding, and give us a great narrative driven game with tight controls that lasts less than 10 hours?! It doesn’t even have to come at an decreased cost. I’m more than happy to pay full price for a shorter experience that is enjoyable and engaging. I’d consider this better value than one that feels unnecessarily inflated due to non-core inclusions or repetitiveness just to satisfy the market’s opinion that longer is better.

Or maybe I just need to be less impulsive and exercise some self control.

Nah… I can’t see that taking off either.