They say things have cycles. For example, once upon a time Liverpool FC won everything, and now they’re rubbish. The big console battle used to be between Sega and Nintendo, now it’s Sony and Microsoft; and believe it or not, we didn’t used to need to see a zombie in a TV show or movie to think it was any good.

When I was a young lad, the gaming universe was a very different place. Where we now see a plethora of FPS games across all systems, platformers used to be the genre of choice in most homes. This started with the cutesy heroes we all know about such as Mario and Sonic, but the genre developed somewhat in the mid 90’s. The 16-bit era of the Sega MegaDrive turned the traditional platformer into a much more grown-up affair, with a douse of action adventure and an introduction of puzzle elements in what would become genuine classics like Flashback and Another World.

A few years later, with Sony’s debut console the PlayStation in full swing and FPS starting to get a console foothold, we were introduced to one of my favourite ever video-game characters, a loveable Mudokon called Abe. Now, fifteen years on, he’s back!

For those too young to remember, Oddworld: Abe’s Oddysee saw you take control of the title character in what was a truly ground-breaking title. Certainly for the first time I can remember exquisite graphical innovation was blended with a genuine depth of gameplay and a story that would draw you so far into the world, you’d never want to turn your console off. To make things even better, we were told from the off that this would be a story that would continue over a total of five games.

The decision to make public the idea that they planned a five-game series may have come back to haunt the development team of Oddworld Inhabitants, as they have yet to achieve this goal. The last new game, Stranger’s Wrath, was released way back in 2005 during the last console cycle. However, all is not lost as we have known for a while now that the original game would be getting a remake, and just recently learned that this would see the series hit XBLA for the very first time. 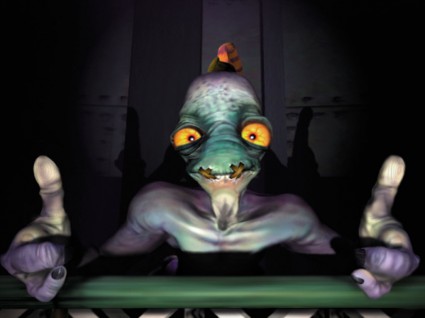 Cooler than the Fonz!

During the recent Eurogamer Expo, Oddworld Inhabitants co-founder Lorne Lanning came along to tell us that next year’s launch was more than just a remake. It would in fact be the start of a new era that would hopefully allow the team, along with new developers Just Add Water, to return to the original Quintology and finish the story that gamers of my generation have been desperate for over the best part of a decade.

The first thing you need to know is that the company are now self-financed and this will mean that digital distribution holds the key to their future. It was an interesting admission from one of the gaming industry’s genuine innovators that boxed copies are essentially a burden on developers and gamers, arguably the two most important stakeholders in the industry. Lorne told us that a boxed copy retailing at $60 gave the development house the same $7 return as a game digitally sold for just $10.

This change of direction will allow them to launch the games on any platform that wants it. Not only will it allow them to collect most, if not all of the profits themselves, but it will also mean they can use that profit entirely as they decide. Thankfully for you and I, that will be on the Oddworld series. 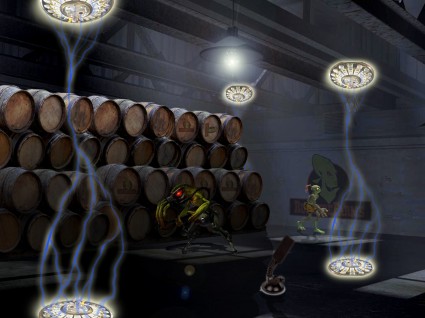 The second big thing to note is that next year’s game is more than just a standard upgrade of the visuals. Abe’s Oddysee: Nice N’ Tasty is going to be a genuine remake of a timeless classic. Abe’s GameSpeak has been developed and fleshed-out, giving you a ton of additional phrases to converse with your brethren as you try to save them from the Sligs, Scrabs and Paramites that hold them captive.

Unfortunately we won’t get full details of the game and all the new bits until next year, but we were fortunate enough to see a short video of the new game in action. The visual look that wowed us back in ’97 has been suitably upgraded, with the world becoming a 3D masterpiece that at this early stage certainly has the potential to challenge the best of this generation. If the guys at JAW can bring back even half of the depth of the original, we could be in for a genuine treat.

With approximately twelve months to wait for release, we can safely say now is the time to start getting excited!