As the games industry trade show season nears its end, it’s Japan’s turn to enjoy the buzz and hype with the Tokyo Game Show, home of many a weird and wonderful game announcement over the years. Having missed Gamescom this year, Sony promised to be back with a bang at TGS, and today was the day.

How could they possibly follow on from their blockbusting performance at E3? Did they really even try?! Okay, let’s be honest from the off. Today’s Sony conference was never going to rival E3 for hadouken-level bombast. E3 is still the standout event in the game show calendar, but there was still room for some interesting announcements…

Gravity Daze 2 (Gravity Rush in the US/UK) has been rumoured for quite some time, and the move to PS4 wasn’t unexpected either. I have to say I am disappointed to see another small nail in the Vita coffin though, with Gravity Daze/Rush 2 only on PS4. The good news for those who don’t have a Vita is that the first entry in the series will be coming to PS4 as well. I loved it, so all-in-all am pretty made up by both announcements, and the first game at least comes highly recommended.

Andy Corrigan reviewed the first game for us, but had some issues with its combat.

From Software’s epic RPG Bloodborne got itself some newly announced DLC in the form of The Old Hunters. If you can’t get enough rock-hard RPG in your life, that’ll be sure to appeal, and From haven’t let us down yet in terms of quality so it’ll more than likely be outstanding. It’s out on the 3rd December so not too far off at all.

In typical fashion, Ubisoft are also announcing DLC, for the as yet unreleased Assassin’s Creed Syndicate. The announced DLC will centre on Jack the Ripper. Presumably you’ll be trying to track him down (and of course, since the killer was never found, presumably you’ll be offing him on the sly), as opposed to spending a few hours running around murdering prostitutes, as that would obviously never fly in a video-game! Ahem… 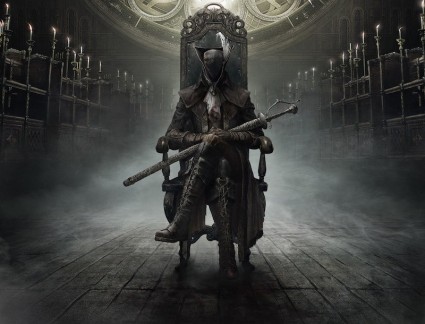 Are you sitting comfortably? With this Bloodborne expansion, you won’t be for long…

Ladies and gentleman, I present to you, PlayStation VR!! Why are you laughing? That name took hours, and many millions of Yen to come up with! What do you mean it’s dull and far too obvious? At least it tells you exactly what it is you’re buying…

Is your poor PS4 unexciting to look at? Not any more… Do you like looking at wiring and circuitry while playing your games? Then the new controller is for you! Sarcasm aside, the crystal controller is actually pretty cool… If I didn’t have two already, I’d be tempted. Not so sure about the blingtastic gold one mind you… 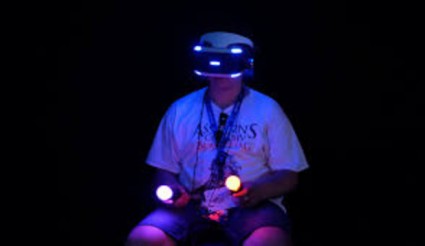 These are obviously Japanese dates so no guarantee of if/when a western release will occur, but the big one here is that Dark Souls 3 is out on the 24th March. It shouldn’t be too much longer before that hits a shoreline near you.

Dragon Quest Builders will be out on 28th January, who knows  if/when that will arrive here though. If you don’t know what it is, think Minecraft, but with a Dragon Quest skin, or the other way round if you prefer.

Whilst this didn’t excite me quite as much as the prospect of Persona 5 and a follow up to Virtue’s Last Reward; for my money, alongside Gravity Daze 2, this was possibly the biggest announcement of the day. If you’ve not tried Danganronpa 1 and/or 2, and have a Vita, you owe it to yourself to fix that situation ASAP. Suffice to say, this is likely to be a great game, and that it will quite definitely involve murder, a bit of mayhem, and a huge amount of psychotic robot bear. 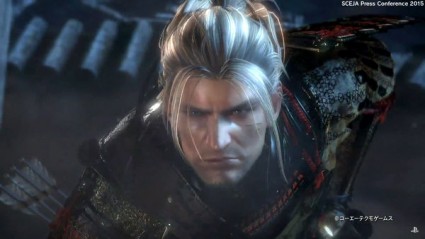 Nioh, Onimusha, but starring Geralt of Rivia. Sounds like a winning combination to me!*
*Nioh doesn’t actually star Geralt unless I’ve missed something

We also had a new multiplayer Resident Evil announced (not sure on this one, especially given the quality of the recent single-player entries!); Yakuza 6 (no western release announced but we can hope!); Nioh (a Samurai game by Tecmo Koei that looked pleasing not a million miles away from the awesome Onimusha games – N.B. If anyone from Capcom is reading this, for the love of God make another of those, they were brilliant!); and Kingdom Hearts 2.8 (a collection of Dream Drop Distance, Birth by Sleep and “scenes” from Unchained X).

Of course that’s not everything, just my selected highlights. Did anything else interest you from the announcement? Am I being unfair on Resident Evil Umbrella Corps? Speak your mind in the comments below.