At E3 this year, Bethesda may not have surprised too many people with their announcement of Fallout 4. However, what perhaps is a surprise, is its release date. 10th November this year! What do the TIMJ team make of it all? Is this instantly on their most wanted list? Christmas fodder? Or are they actually not all that bothered?

Having played the first two isometric games from the late nineties, as well as Fallout 3 and New Vegas, it’s fairly safe to assume that I am looking forward to Fallout 4. For starters, I’m an open world fan, and who better than Bethesda to create a place packed so full of things to do that even the games producers are finding new things to this day.

For me it’s not just the crazy weapons or the wonderful array of characters, it’s the allure of the whole setting itself. The Fallout aesthetic is wonderful to my eyes, and I also actually think the game looks pretty nice, even if that dog animation from the announcement trailer was stiff as a board. I’m pretty excited to build my Fallout 4 community and explore how deep that all is. I’m excited to explore the wastelands of Boston. Mostly though, I’m excited that we don’t have very long to wait. Bring on November.

The announcement of Fallout 4 might have been one of the worst kept secrets in the games industry, but Bethesda still managed to fill the presentation with surprises. I was hyped for the game before the presentation but the gameplay that was shown (including the crafting, settlement building sections) has just pushed me over the edge. Then they announced it would be out this year – I haven’t had such an emotional response for a long time.

For me Bethesda have smashed it, the game looks like a great follow-up and it’s only my lack of available vacation days that’s stopping me from just staying at home to play it. Oh, and yes – I do have the Pipboy edition reserved. Will Fallout 4 be Game of the Year?  If it even meets half the potential that I’m expecting at the moment, then I can’t think of a game that could possibly compete with it.

I’m genuinely looking forward to Fallout 4. The announcement prior to E3 and the reveal was an unexpected surprise. This news was made even sweeter by the fact we’ll have to wait merely months, not years, before it will be gracing our consoles. It is a pleasant change to see such a small amount of time between announcement and release. Too often we have the big reveal, followed by the long wait, made worse by delay upon delay. All the while the company attempts to keep the hype train rolling, stoke the furnace occasionally, but when it finally comes around there’s a sense of ‘about bloody time’.

To hear that Fallout 4 is almost completed and ready to ship now is a great move by Bethesda. To be honest I would not have been surprised if Bethesda finished their E3 conference by saying ‘And you can buy it now’, but I guess I can wait a few more months if I have to… There’s so much to love from what I’ve seen. Bethesda has obviously taken the time to consider what makes a Fallout game great, and decided to improve on it. With such a great track record I’m confident they won’t let us down – it seems there’s something for everyone, regardless of play style.

Will it be Game of the Year? That’s hard to say. We’ve had such a great year that it’ll be harder to pick than a broken nose. Despite that, early indications show that it’ll be a solid contender. 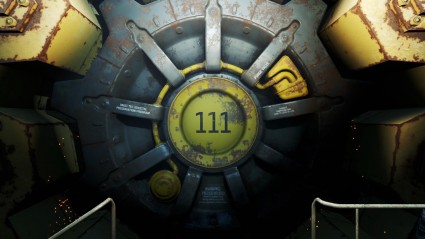 Can Fallout 4 “vault” the competition to become game of the year?

The first thing I noticed about Fallout 4 was the graphics. It’s kind of hard not to – the internet was full of screenshots and trailers, all very visual mediums, so that’s what my mind focused on first.

Importantly, I didn’t care that I wasn’t impressed. While forums were ablaze with discussions about how ‘Fallout 4 looked like a 360’ game and Twitter melted under the volume of opinions that proclaimed how terrible the graphics were, I was left nonplussed about how it looked. For me, Fallout games aren’t about how they look. They’re all about being able to explore a sometimes moody, sometimes scary and sometimes hilarious wasteland. Granted, how it looks will help in setting the mood, but good graphics don’t always equal immersive settings.

Take Rage, for example. That game looked better than Fallout ever did but it paled in comparison. The environment was in no way interesting, the characters were totally forgettable and your missions got repetitive very quickly. There were never any ‘naturally occurring’ moments of insanity like those that you take for granted whilst in Fallout’s wasteland. So if you’re worried that Fallout doesn’t look great, my advice is to chill out. It doesn’t need high-end graphics to shine as it has an apocalyptic playground as its main weapon.

Let’s just hope this weapon turns out to be a megaton of fun and not a load of old buckshot.

In my eyes, Fallout will always play second fiddle to Bethesda’s other AAA open-world franchise – and one of my favourite series of all time – The Elder Scrolls. Don’t get me wrong, though; that’s like saying a gourmet steak is a better meal than a cheeseburger; the cheeseburger is still bloody good! Bethesda’s Fallouts have historically been quite clunky and buggy. To some extent, this has even been part of their charm, but I think with Fallout 4, we’ll finally see the series mature and refine itself somewhat.

Oh sure, there’ll still be game-breaking bugs and patches aplenty from day one onwards, but I expect the controls and shooting mechanics will be tighter, the NPCs cleverer and the world more believable. Don’t take my word for it, though. We’ll find out soon enough, and I’m looking forward to seeing what the outcome is. 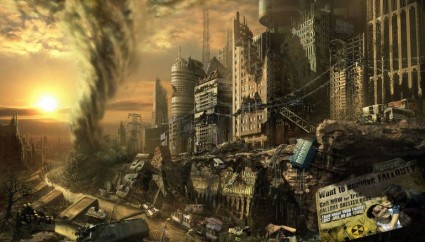 I am actually not looking forward to Fallout 4. Shocking I know. The simple fact of the matter is that I have no history with the series and while the new game does look cool, it isn’t something I am going to end up playing. Now, this is weird because I love Sci-Fi more than Fantasy and it should have me excited. Even weirder, I put over 100 hours into Skyrim, so I know that Bethesda can put out an awesome RPG. I have to admit, it does look cool, and I never say never, but with MGS 5, The Taken King and Halo 5: Guardians on the horizon, I just can’t see me playing it.

Like Dan above, I’m another who’s not really so excited by the announcement of Fallout 4. I couldn’t wait when I heard that Fallout 3 was on the way years back, and soon bought a copy of it. Yet I never finished it, as well realised as the world was. Partly that was down to my PS3 dying on me, and my failing to back up the save, but even then I didn’t feel the draw to start over again, having been fairly far into it.

That’s not to say it won’t be great as I’m sure it will be, but I actually find the breadth and scope of Bethesda RPGs a little off-putting (and yet I bought The Witcher 3, so yes, I am a hypocrite), and in the specific case of Fallout, I didn’t really like the VATS system all that much either. The history of bugs and issues with their games puts me off slightly as well. So, maybe it’s one I’ll check out down the line should I suddenly find myself with oodles of spare time, otherwise I will probably give it a miss.

At the risk of incurring the wrath of everyone on the internet, I have to say Fallout 4 isn’t anywhere near my list of most anticipated games. Having delved into Fallout 3 for a short time a few years ago, I just found it overwhelming, and I’m expecting Fallout 4 to give me much of the same feeling of impending dread.

I’ll probably watch my housemate play it, and eventually dip into it myself when curiosity gets too much for me, but I’m in no hurry to play, and as things stand, there’s so much else out there for me to get excited that it’s totally by the wayside.