There are many stunning games out there, but graphics don’t just boil down to anti-aliasing, anisotropic filtering, and fights about one version being 1080p over another being 720p.

Some games have more to say than just a bunch of numbers and technical terms, striving for beauty beyond smoothed edges but which have caught the imagination of the TIMJ crew?
Matt Parker – News Editor
Katamari Damacy. If the art style of this game was any different, the whole game would take on a different tone. For those that don’t know, Katamari Damacy sees you rolling around a little sticky ball which grabs hold of items smaller than itself. After a while, rolling up enough small stuff will make your ball become bigger.

The end result is that before long you’re rolling up animals, people and entire countries. The game gets away with this fairly sinister gameplay mechanic because of its joyous art style. Everything’s so happy, colourful and simple that it feels like you’re rolling around a ball of sticky love rather than a boulder of adhesive terror.

The art style was also most likely born out of necessity. The original Katamari came out on the PS2 and it flooded the screen with items to roll over. If the style was any more detailed, I have no doubt my PS2 would be nothing more than a molten puddle of plastic.

Bottom line – Katamari Damacy has a great art style and even though we have better hardware nowadays, to change it would be a sin.

A ball of sticky love? That sounds gross… 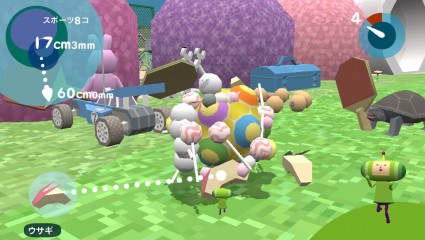 Yes Matt, a ball of sticky love does sound gross!

Neil Hughes – Site Manager
When thinking about art in video-games, there are a couple of titles that spring to mind instantly, such as the iconic, minimalist style in the classic Shadow of the Colossus, always used as exhibit A in any ‘can games be art?’ debate.

However more recently , I cannot think of any more cerebral gaming experience than being immersed in the worlds of Rapture or Columbia. I am of course referring to the Bioshock series and although Rapture is possibly more interesting, nothing could prepare me for just how stunning world in Bioshock Infinite would be.

I could put on my best smoking jacket and wave my pipe before stating something like “Bioshock Infinite is actually an Art Deco commentary on Ayn Rand’s philosophy of Objectivism”, but I will do my best to avoid appearing pretentious. However if anyone ever says that video-games cannot be classed as art, they need to be sat down and forced to play these games and I can almost guarantee that people will come away enlightened with a different point of view. The overwhelming desire is to discuss and debate what they have just experienced and isn’t this exactly the purpose of any art? 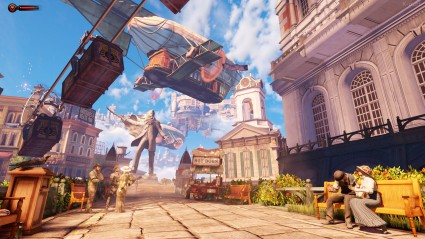 The stunning world of Columbia

Emily King – Contributor
The Darkness II. The palette hums with caged psychopathy that bridles underneath the façade of civility. Murderous reds creep in with violent slashes across the restaurant and not one of the diners seem aware of the fierce cascade of hues that surrounded them or the slaughter that it foretold.

Changing from the realism of Starbreeze’s The Darkness, the comic book styles of The Darkness II was the first time I had seen comic style graphics in a game that wasn’t XIII or Borderlands. The bold use of colours and stylised character models helped build a believable world that was always on the brink of self-destructing.

Jackie Estacado and his underlings, their inner violence now on the exterior of their polygon shells, looked far more menacing than they had in the original game. Graveyards and abandoned amusement parks would garishly shine from my television screen; meanwhile Jackie’s mansion was pure decadence. The ethereal nature of the Darkness bled through it all, contrasting and blending well with Jackie’s world.

Black seemed blacker than black. Then inside the game’s One Flew Over the Cuckoo’s Nest moments, the sheer brightness of the world mimicked the doubtful nature of The Darkness II’s reality. 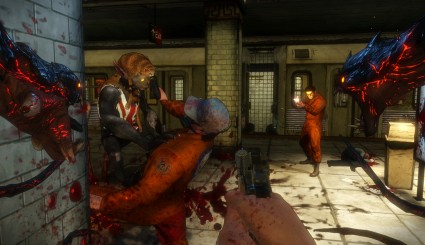 The Darkness 2 – dark but also colourful!

Josué Cardona – Staff Writer
Visuals really matter to me and I think cel-shading is the art style I’m most excited by. There are many cartoon styled video-games out there but there are certain variations of cel-shading that I love a lot while there are others I just love a little. Do you remember Viewtiful Joe? That’s probably my favorite game when it comes to art style. It looked like a comic book come to life.

Okami is similar but manages to look more like a live painting. Other titles like Wind Waker, Skyward Sword, and Borderlands have beautiful cel-shaded styles but I can’t resist those that are heavy on the shading and have very bold lines. For this reason I am slightly more excited about the upcoming Smash Bros. on 3DS than on Wii U. Since I’m not exactly sure what this type of style is called I’m going to say that my favorite art style is “viewtiful.” For more of what I mean, see Viewtiful Joe 2, Paper Mario, No More Heroes, Jet Set Radio, and Telltale’s The Walking Dead. 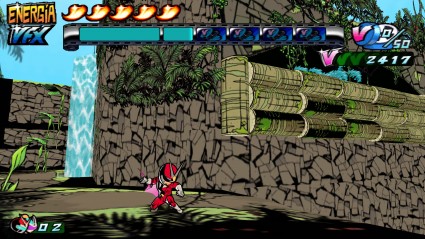 Viewtiful Joe almost looks like a comic come to life

Andy Buick – Staff Writer
I can think of so many incredible experiments in art style where games are concerned, it’s one area in which expression can come to the fore perhaps more than any other. From the minimalist style of games like The Unfinished Swan and Echochrome, through to the colour explosion of the recent to the always visually stunning Final Fantasy games. Along the way, we’ve seen cel shading used to great effect in numerous games, but the style that really captured my imagination more than any is the Japanese watercolour painting effect used in the beautiful Okami.

Okami embraces this art style to such an extent it even informs gameplay in your use of the celestial brush to paint the world back to life, destroy enemies and more by pausing and painting on a blank canvas. That it looks beautiful throughout even back on PS2 is a credit to the sadly defunct Clover Studio, with many a screenshot looking almost as though it’s been taken straight off a real painting. 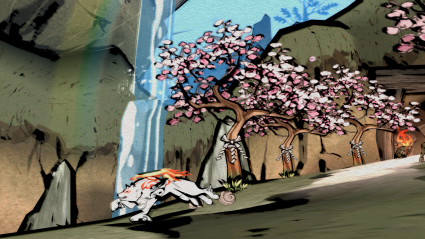 The gorgeous Okami. Once eloquently described by me as a game about a wolf that can paint…

James Sheppard – Sub-editor
I was tempted to make Wind Waker my game art of choice for this article, with its once divisive but now universally revered cel-shaded visuals which have kept it looking just as magnificent years later. In the end, however, I had to choose an example of where the art defined the game itself, and few do this to the extent of Journey.

Journey was hailed by many as Game of the Year for 2013, although I’d be inclined to disagree. Nonetheless, I found it to be a wonderful, mesmerising experience, and the visuals play a huge part in creating this. With its golden seas of sand stretching out into the distance, covered in glinting sun specks and littered with majestic ruins, Journey is achingly beautiful. As I played through the short-but-sweet story, I often found myself just dancing around aimlessly, drinking in the environment – something I hadn’t done in a game for many years. 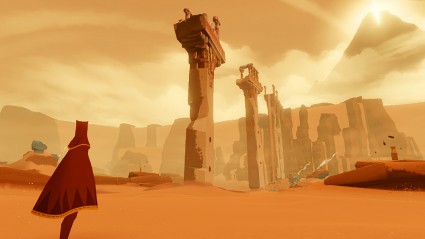 Phwoar, just look at it. Seldom do your eyes get such a treat.