Team Talk: Games we couldn’t get into

Last month, here at TIMJ we discussed the big franchises we’d just never gotten round to playing, but this month we take it a step further. What big games have we actually played, but couldn’t get into?

Read on and weep, get enraged, and possibly become a bit despondent like editor Andy Corrigan, who can’t quite believe what he’s seen over the past couple of Team Talks. As you’ll see below I’ve probably just made it even worse by taking aim at his favourite genre too…

I always get through the first bit in the forest, get (spoilers) betrayed have my arm broken and am then thrown off a bridge.

From then on, I just couldn’t get interested in crawling through the jungle any more. I know there are some great boss battles and characters to encounter, but it just didn’t work for me. The MGS games, especially the older ones, work best when you’re in a building full of walls and right-angles to peek around. The number of times I got spotted because of a log’s odd shape or due to the fact the patch of grass I was laying in wasn’t the right hue soon got too much.

It’s also aged fairly badly, in my eyes. My main problem is that the combat feels really odd, with Snake not being able to aim up or down, but merely capable of rotating on the spot, like a deadly game of spin-the-bottle. Unless you’re using tranquillizer darts – they’re much less deadly.

[Editors Note: I did a thing for IGN on this very subject, but came away with a different result…] 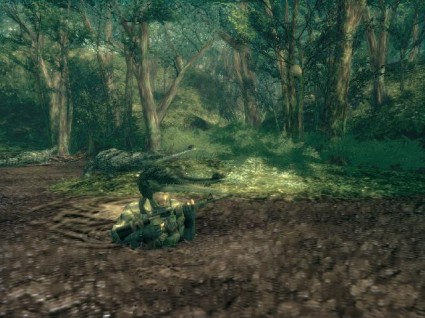 Even Snake getting his crocodile on wasn’t enough to keep Matt playing.

I’ve tried countless times to get into Skyrim, but the world just doesn’t grab me. I remember watching a friend play Oblivion on a few occasions, and it seemed like just the sort of fantasy realm that I could get engulfed by, and on the rare times he let me play, I was totally into it.

Fast-forward the four years to the release of Skyrim, and I avoided it at first. I knew if it was something I could get into, I’d get too into it, and that would be my life over. I finally succumbed a year or so later, picking up a copy for £15. Then constant disappointment presented itself to me.

Perhaps my expectations were too high, but where I thought I’d pour hundreds of hours in, I actually poured about four. The world was too big, the controls were too convoluted and I was too uninterested. To this day, I’ve only just killed my first dragon, and I don’t think my character ever made it out of the first city, Whiterun, but I’m happy to leave him there, along with all my hopes for the game. 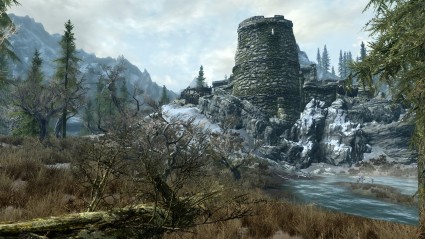 Skyrim, a bit too big and beautiful for Jade.

I’m going to preface this by saying that, traditionally, I’ve never really been overly fond of the old hack ‘n’ slash genre. There are exceptions to that rule, of course; I downright fucking adore Bayonetta, I’ve dabbled in Devil May Cry here and there, but generally I don’t tend to look to them to fill my time.

That’s why I’ve yet to spend more than a few combined hours with the God of War series.

I’m not sure why the genre puts me off exactly, but I believe it has something to do with the rhythm; I find it utterly monotonous. God of War, in the few times I’ve tried it has tended to embody that feeling. Yes, the bosses are huge, yes there’s claret flying around the screen and yeah, okay, that dude’s head got ripped off, it’s all very exciting, I’m sure. Yet there’s just something about the tone I find incredibly boring. Having tried the first one on PS2 and Chains of Olympus on PSP, neither has set my world alight and I gave up both pretty early on. Anyone who knows me will tell you that’s just not like me.

I’m all about second chances, though, and I’m sure I’ll give it another go some time down the line. 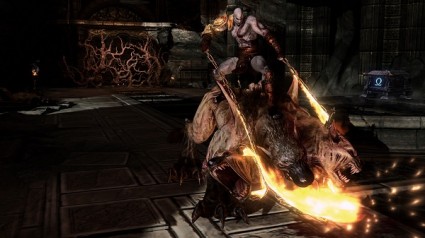 Even being able to climb aboard Cerberus can’t tempt Andy C to play God of War.

I suspect my game choice might get me lynched, not just by the game-playing public but also by some of my colleagues.

I’m talking about Naughty Dog’s critical and commercial super-hit The Last of Us. It was one of the last games I purchased on my PS3 and it could have been that I was more fixed on the upcoming platforms but I couldn’t commit myself to it. Yes, it was a beautiful game and had some top quality storytelling but, for all I tried, I just didn’t feel a connection to the protagonists and the script didn’t captivate me.

Another huge issue for me is the whole thing feels like one big escort mission, and I know Ellie is pretty capable on her own, but it still smacks of my least favourite game mechanic ever.

I’m preparing to buy a PS4 in the coming months so maybe I’ll give it another shot with the Remastered edition. If nothing else, it’s set to be one of the finest looking games on the PS4 at the moment so I’ll at least have some eye-candy to keep me going. 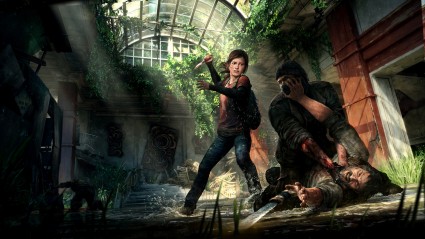 I’m speechless on this one… Just wow…

There have been a few games that I just haven’t been able to get into. The Last of Us and Dead Space among a few; but the one that springs to mind has resulted in many arguments between our editor Andy Corrigan and I.

I have started Bayonetta many times in the last four years. I just cannot get into it at all. For me it’s just Devil May Cry with tits, cheesy lines and a move set designed for needy perverted teenagers who will never touch a real girl. Seriously, do I want to gawp over her showing off parts of her digitally unappealing anatomy?!

It’s funny that one of the biggest female protagonists of the last decade is one that I just cannot relate to or stand. She is even getting a sequel, which I probably won’t play either.

The first time I played it, I had an idea of what to expect and I gave it a good few levels on the Xbox before I gave it up as a bad job. I even recently tried it again on the PS3 and I got a little further than before, but still gave up. It’s not that I couldn’t do it either as I was having no trouble with the levels, the controls or anything else. I just don’t like the character or the game in general.

Maybe I will give her another go in time, but for now she will be left to someone else to play. 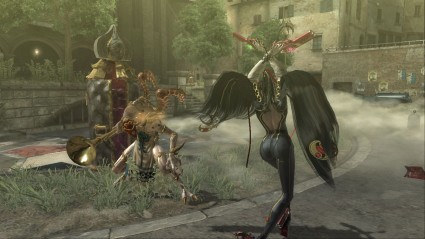 When Bayonetta told Simon not to f*ck with a witch, he just shrugged his shoulders and walked away.

I’m a big shooter fan, but if there’s one sub-genre I can’t stand, it’s old-school twitch shooters. I’m talking Quake, Unreal Tournament, and all others of that ilk; games where you can run stupidly fast, jump unrealistically high, and carry an arsenal of humongous guns in your pocket. Okay, so I have to admit that does sound pretty awesome on paper, but in reality I couldn’t care less.

I think part of the problem is that I don’t have overly fast reactions or the mechanical precision with which to stand a chance in such a competitive environment. Often when I do well in other first-person shooters, it’s because I’ve outsmarted my opponent with the element of surprise, not because I had the itchiest trigger finger.

Unreal Tournament and its peers are essentially shooting distilled down to its very purest, demanding battle arenas in which only those with exceptional reactions and hand-eye coordination will survive. Call me a wimp, but I prefer my shooters more accessible, with regenerating health, plenty of places to take cover and support roles that let everyone contribute to the team in meaningful ways. 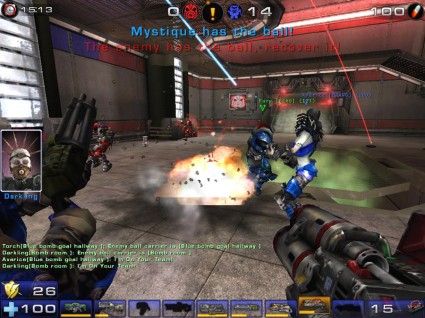 All a bit too Unreal for James

In around 200 words I’m probably about to upset Andy Corrigan even more than Jonn did by choosing The Last Of Us. It’s not so much a single game that I can’t get into, but an entire genre; that of the fighting game. I did love Street Fighter II back in the day, although I was never particularly good at it, but as we’ve moved through more and more versions, with ever longer and more ridiculous titles, I find that now most are just far too over-complicated.

I’ve not bought a fighting game in a long time (the last was probably Soul Calibur II), but more recently a few have cropped up on PS Plus so I’ve had the chance to play Mortal Kombat (actually okay as the move set wasn’t too crazy), Street Fighter X Tekken (reviews here and here), which has slightly different move sets for the Street Fighter and Tekken characters, as well as a gauge and a whole load of specials called EX Attacks, Cancels, Super Arts and various Cross techniques.

The final one I spent about five minutes playing was Blazblue Continuum Shift Extend Extra (er, what?). I went through some of the tutorial and frankly it’s just so complex I just couldn’t be bothered at all. My problem with all of these is that learning the systems, never mind the individual move sets, is just far too much like hard work. Given the choice between this and getting into a game with a strong story and a system that allows me to get on with playing, the latter will win every time. 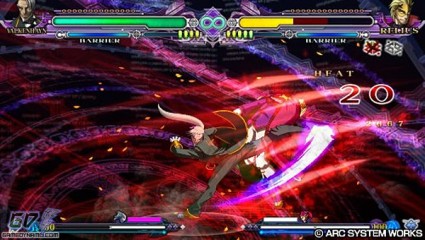 Just what the hell is going on here? Anyone?!