Now the dust has settled on another E3, what did the TIMJ team make of it all? Read on for our thoughts.

I don’t want to sound like an indie-hipster douchebag, but some of the indie games the PS4 was showing off got me super-excited. Don’t Starve has been on my ‘to do’ list for some time now and Transistor looks gorgeous. Ever since Bastion, I’ve been dying to see what SuperGiant Games do next.

On top of that, it’s not just the games that excited me, but Sony’s continued stance on indies. My Vita has been host to a number of small gems and the Sony team are constantly supporting these tiny developers to help bring quality content to their consoles. I can’t wait to see what else we get from this initiative.

Phil Ubee (Contributor)
Going into E3, Watch Dogs was the game I was most excited about, and that still is up there. For me, though, I’m going to pick one on either side of the next-gen divide. Titanfall looks like a truly epic game in every aspect and is the very thing I want and expect from next-gen gaming. If that delivers on the promise it could be a key component in shifting the One and showing the world just what cloud utilisation can do.

On the other side, a totally different style of game but one no less intriguing for me is Contrast. It looks stunning, sounds super cool and certainly made the hairs on my neck stand up. 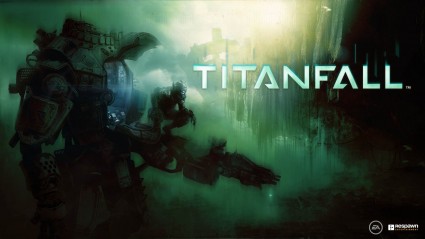 Trent Pyro (Staff Writer)
I’ve not had much chance to drink in the epic annual joy that is E3 this year. It’s quite ironic, because for the first time ever I actually have an internet connection capable of handling the myriad of live streams and saved videos of the event. What I have managed to catch is the Xbox Media Briefing (come on Microsoft, you suck at naming things), and I was both surprised and disappointed.

While the Xbox One still seems determined to piss off anyone without the internet, and privacy nuts (I’m joking; having a creepy Big Brother Kinect unsettles me too), if you actually look at it as a console it’s looking pretty awesome.

By far the highlight for me was the two minutes we saw of The Witcher 3. It looked about 110% better than the second one in terms of gameplay, combat, graphics and technicality. If it can match or even beat the degree of mature, sprawling and continuously captivating storytelling of its predecessor, it’s going to be biblically good. Apparently it was the game of the show for many, so it seems I didn’t have to watch the entire million-hour expo to figure out what I’ll be spending my wages on come 2014.

Neil Hughes (Site Manager)
Originally I was so excited about E3 but after watching all the streams, videos and countless opinions on the internet, I am left feeling a little exhausted by it all.

During the last few weeks, I have become a little over-exposed to the next-generation of consoles and started to tire of the pissing contest between Sony and Microsoft. I’m beginning to realise the reality is that we won’t get games that are of fully next-generation quality for another 12-18 months.

Considering that GTA V, Watch Dogs and Destiny are on the horizon along with the staple franchises FIFA and COD this Christmas, there is a strong argument for, “Do I really need a next generation console on release, or is it just for bragging rights?”

Traditionally early adopters to new technology get screwed over with the price and also have the pain of problematic teething problems with the hardware, so for this reason I have been left with a slight hangover from E3.

Maybe you can have too much of a good thing. 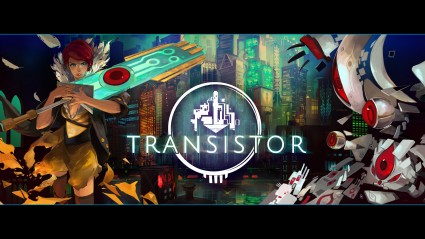 Transistor looks lovely, and after Bastion, hopes are high at TIMJ

Andy Buick (Podcast Co-host)
The comedy/car crash of the Microsoft and Sony contest aside (I must admit I chortled at the Sony game sharing video), I was actually fairly disappointed and rather underwhelmed by the showings from both companies. Only Destiny and the indie reel from Sony really stood out for me (Transistor in particular is an exciting prospect); although Quantum Break also looks as though it could be interesting now we’ve seen a little more of it.

The highlight for me was Ubisoft’s showing though, much as it was last year. They seem to consistently pull out some surprise big game announcements. Last year it was Watch Dogs, which still looks as though it’ll be excellent. This year, The Division was the surprise announcement with a brilliant trailer of what looks like another fantastic open-world game.

Another long overdue announcement was Kingdom Hearts 3. Although we didn’t see a lot of that and apparently it’s still very early in development, I have high hopes that it will be great.