Hands On: The Division (Beta)

Having spent a weekend with the Beta for Tom Clancy’s The Division, it was a pleasant surprise not to immediately fall into a coma at the rehashing of yet another mindless cover shooter. It still clings onto the elements that made cover shooters morose in the first place, but the Beta promises to deliver an experience to those who found their time was well spent with games like Destiny, where XP and loot are king.

As you might have already guessed, The Division is a third-person RPG Shooter set in a devastated Manhattan, ravaged by a smallpox pandemic during the chaos of the Black Friday sales (you might see why Ubisoft opted out of a November release). You (and many other gamers) are part of ‘The Division’, a homeland security taskforce tasked with staying in Manhattan to find the cause of the outbreak and maintain martial law.

It’s an interesting premise and, in terms of creating a world within the confines of Manhattan, the exclusion of other areas makes sense. Much like Fallout, all that’s left of Manhattan is a husk of its former imposing skyline and foot traffic. Now the streets are lined with abandoned cars and those affected by the outbreak, trying desperately to survive. Unfortunately for you, that means your resources make you a prime target for ambushes. 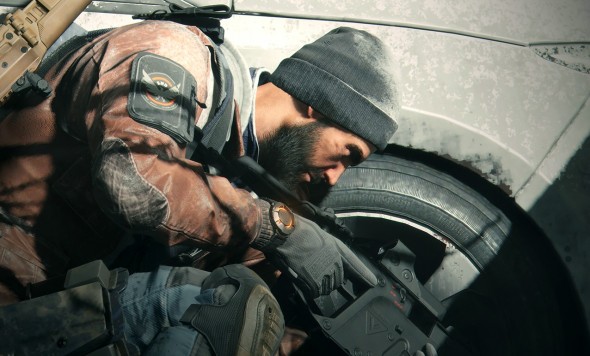 Not just another cover shooter?

This is where the core gameplay comes into effect. Using the cover available, you must use the environment available to create short-lived vantage points to track and pick off the numerous enemies, who might just be simple thugs looking for some medicine, or fully kitted out terrorist cell groups who see you as a nuisance. The A.I. is reasonably smart, having flanked me a number of times in areas that I carelessly dug-in without surveillance. On the streets, there is plenty of room to move freely between cover but inside buildings (even a large space like Madison Square Garden), the fighting becomes claustrophobic as you contest heavily for ground control with its belligerents.

With a resurgence in popularity of the classic online RPG, it seemed inevitable that Ubisoft would want to tackle it under the banner of the long-running Tom Clancy franchise and it fits nicely under the different model. Weapons, power-ups, armour and attire can all be customised to a point of noticeable impact. Weapon mods all serve a promising function and it encourages you to try out different loadouts just to see the results. Fans of the third-person shooter genre might be put off by the often imposing menus, but it’s definitely an element that old-school RPG players will feel right at home with.

I played the beta on the PS4 version and after its promising debut at E3 a few years back, it’s safe to say that there have been noticeable downgrades to the visuals, which is to be expected considering the earlier ambitions on hardware that had yet to be released. In an intense firefight, sparks, smoke and bullets fly around in an impressive manner but it’s when you look over the patchwork Manhattan skyline on a rooftop that those intense moments lose their polish. 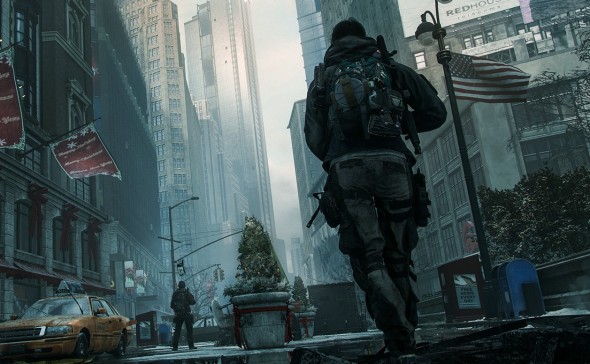 Into the Dark Zone

One of the most interesting components to The Division is the dark zone; an area hit so heavy by the pandemic that it has become a free-for-all. On paper, it just means ‘player versus player’ (or PvP for hardcore online gamers) and this is where The Division justifies its model and plays to its strengths.

The thrill of not knowing whether a random player will attack you on sight or form a makeshift partnership is what makes games like DayZ and Rust so successful, because these moments are genuinely human and make you feel like a much smaller part of what hopes to become a strong community. Calling in an extraction to ‘decontaminate’ my newly acquired loot while nervously checking my corners for poachers is a feeling I really only get from games like The Division, and I hope that there is a heavy focus on player capability within the dark zone to capitalise on the deep fried nerves it will be sure to cook.

The Division beta is now over but it hints at the potential of a strong release. Of course, the campaign missions were limited so as not to spoil the story but frankly, these are the types of games that are played for the strengths of their online modes. The campaign modes work similarly to ‘raids’ as they have done previously with Destiny and such, so community is a focus that Ubisoft clearly wants to take. It’s just a shame that they insist on pushing uPlay onto their unassuming customers.

If a simple RPG game is all you need, then this by technical definition is one of those. Hardcore players of the genre might find the cover-shooting mechanics a tad repetitive but its strengths are shared between the two genres, ensuring that fans of either will likely both find something to take away from it.

See you in the dark zone.