Who wants to read a weekly round-up on a Friday? I mean, Friday is hardly the end of the week, is it? This is why our News Round-Ups will now appear regularly on a Sunday.

No, this decision has nothing to do with the fact I’m busy on Fridays and Saturdays. Nothing at all.

Kickstarters Are Still Making the News

As we should all know by now, throwing money at a Kickstarter campaign is not an investment. It’s a gift which you hand over in the hope that it’ll give the developers the capital they need to make a thing. There are no guarantees.

This has come up again thanks to the rather public collapse of the Yogscast game, which was Kickstarted with the none too insignificant sum of $500,000. 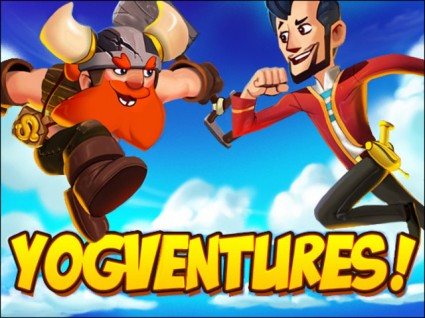 To be fair to the people of Yogscast, most of the money has gone, but it seems like it was spent on trying to produce the game rather than on speedboats diamonds. They’re also trying to appease those that have been let down by given them keys to other games.

Mind you, it seems that some poor management didn’t help the cause much, with an artist ‘earning’ $32,000 for doing a whole lot of nothing.

There’s also reports of one Kickstarter campaign receiving support from Vladimir Putin. Apparently, Mr Putin is a fan of games (in particular shooters) and is keeping a keen eye on Areal’s progress. I wish them all the luck as Vlad doesn’t seem like a man you want to disappoint.

This shouldn’t come as a surprise, but there are a bunch of people who make money off of our hobby. It’s true.

The first and most interesting example of this is team Newbee who won this year’s DoTA 2 International. I have no idea how to play DoTA and I have no idea who the 5 people are that make up team Newbee but I do know they now the difficult job of having to divvy up their $5 million winnings. Lucky them. 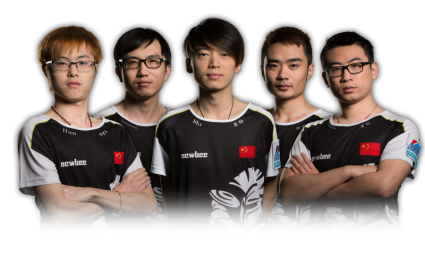 I know I’ve just professed my ignorance to DoTA and the whole e-sports scene, but it’s the real deal and getting bigger every year. If that huge winners cheque wasn’t enough, you only need to know that ESPN (one of its smaller offshoots at least) was airing the championship and the final held the front page of ESPN.com. Exciting, no? I mean, you’re not going to please everyone, but whatcha gonna do?

Another group of people still making money, despite rumours of their demise, is MMO companies. Some people have mistaken the change to the free-to-play model as an acceptance of defeat. The fact that most MMOs can’t demand a monthly fee hasn’t diminished their money-making potential, it seems.

Remember that Star Was MMO? It’s brining in $165 million a year. Not too bad, eh? Heck, a Chinese game company that specialises in free-to-play MMOs I’ve never even heard of just got bought for $3 billion. There’s still gold in them there MMO hills.

Another area of the games industry that flies right over my head, the ability to watch someone play videogames via Twitch, is also another money maker. Twitch have officially been swallowed up by Google for a smooth $1 billion. Nice.

Do you think EA read This Is My Joystick? I’d like to think, for the sake of my ego, that they read the argument that was posted on the site where we discussed our initial thought on Battlefield: Hardline. I’d like to think they read my well-reasoned points and decided to delay the game so that it could meet our high standards.

I know that’s nonsense, but EA have delayed Hardline until 2015 and they’ve also knocked Dragon Age: Inquisition back a couple of months too.

People may be disappointed by this but we can only hope this extra time is good for the games. One thing’s for sure, EA have seen some strong financials this quarter and aren’t going to need to rush anything out the door.

They have also seen success in their ‘premium subscription’ models. These are paid services in titles like Battlefield and FIFA that mean you get access to DLC or earlier access to new features. So, if it’s not broken and it’s making money, don’t fix it.

With that in mind, the newest Sims 4 developer video has dropped and it’s strongly implied that a subscription service will be a part of the game. Hooray. (?)