Left 4 Dead 2 was met with a great deal of controversy upon its release last year due to the speed in its production and releasing a sequel just twelve months shy of the release of the original. It also promoted the killing of the undead in New Orleans, which was still a sore spot for many individuals in the wake of Hurricane Katrina. Regardless, the game still outsold its predecessor, improved on a great many features in L4D1 and added some new ones to boot, including melee weapons and defibrillators. For a full review of Left 4 Dead 2, take a look at TIMJ writer Ray Willmott’s full impressions right here.

Of course, a person can only play the same content through again and again before tedium sets in, so fortunately for us Valve have announced elaborate plans to broaden L4D2 with further downloadable content. In this column, TIMJ writers look at the content Valve have produced for their zombie slaying fest and give their impressions on each one individually after the jump. 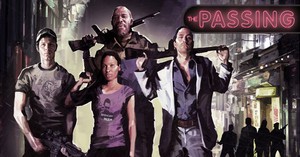 Unlike most other DLC, you can tell from the outset that Valve have spent a considerable amount of time preparing for ‘The Passing’. Left 4 Dead 2 was released in November and only by April we were receiving the first portion of downloadable content. The story has also been clearly thought out and created to ‘make sense’, with Valve even going as far as to release a new piece of DLC for Left 4 Dead 1 next month that coincides with ‘The Passing’, giving some further backstory. The premise of ‘The Passing’ takes place between the events of Dead Center and Dark Carnival and focuses on a crossover between the original survivors and the new survivors with both of them meeting in the middle of a crisis being forced to help one another. I won’t say anymore about the story but what I can tell you is that this is a real throwback to Left 4 Dead 1 in terms of feel and effect. However, the time spent with the original survivors is probably not as much as you may have been expecting, considering the hype that has been put into telling us this is a crossover expansion. Perhaps in some ways that is a good thing, afterall the name ‘The Passing’ almost suggests that the original survivors are passing the torch over to Nick, Ellis, Rochelle and Coach, putting them in the limelight. Still, you might be surprised to learn that this DLC is sparingly influenced by Francis, Louis, Bill and Zoey.

That said, having played it through, I feel The Passing campaign is cleverly conceived and registers itself among my favourite campaigns in L4D2. It starts out as many of the L4D2 campaigns do, reminding us of the hot, outdoor environments with mayhem on the open streets and chaos waiting for you around every corner. However, as the player progresses, they descend into the darker underbelly, reminiscent of the sewers and dingy places players found themselves in during L4D1. The way Valve have blended these two aspects together is seamless and incredibly clever and The Passing never feels like its trying to jerk the player from one realm into another as is sometimes the case when one reads a cross-over comic book or is sucked into a feature film. I take my hat off to Valve for the way they’ve put The Passing together as they’ve done a wonderful job. The transition isn’t stunted and the whole process feels very natural.

Unfortunately, The Passing has become the shortest campaign in L4D2 with just three levels to make your way through in comparison to the usual four or five. I was disappointed that Valve didn’t try to expand the expansion further although each level is large and jam packed with scores of the undead and special infected trying to tear their way into your fleshy form. Also, the environments throughout are different and varied enough that it doesn’t seem as if you’re travelling the same journey for an hour, which is important to me whenever I am playing. It’s also nice to see that Valve have added a few subtle touches such as the original survivors making comments as to their fate and what has happened to them since the ending of Left 4 Dead 1. This really sets the stage for next months L4D DLC and ties up nicely with the comic books that have been released, synchronising the stories accordingly.

While there is familiarity in The Passing, there are also new aspects to the DLC that you won’t have seen before in a Left 4 Dead game, such as the golf club which you can use as a melee weapon and merit an achievement if you manage to swipe off the heads of 18 zombies (see the golf reference there?) There is also a new firearm up for grabs called the M60, which is pretty fracking awesome and will put a gazillion bulletholes in a zombie before he’s had a chance to groan. There are also a few other surprises in store, including new uncommon infected that carry medikits on their back and witches dressed up as brides! 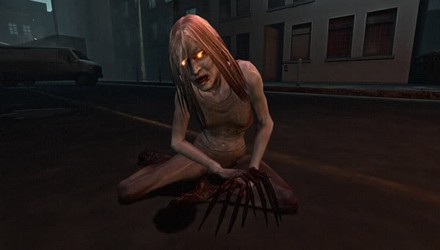 Would you marry that scream?!

In addition to a new campaign, Valve have added a whole new batch of achievements, some of which are more difficult than others to unlock and a whole new multiplayer mode that has been coined ‘Mutations’, which I feel, could be the most innovative way to extend the multiplayer lifespan in a game I’ve seen in some while. Essentially, Valve have taken the versus mode that we’ve all come to know in the Left 4 Dead games where players take it in turns to play as the Survivors and the Infected, except they’ve cranked up the insanity meter to the nth degree. See, if you play the game as Infected, your life is going to be a whole lot easier, as the computer difficulty has shot up to Realism (which means, instant death if attacked by a Witch, zombie power greatly improved and limited healing capabilities) and so your tenure as a Jockey, Charger or any other Special Infected is going to be a lot easier. Whereas if you’re playing as a Survivor, your job is going to be a whole hell of a lot more difficult. Team work will be absolutely pivotal in order to survive, sticking together at all times, watching each others’ back and being extremely quick on the trigger; and the only way to heal is with painkillers and the boosting effects of adrenaline.

Each week, a different special infected will also be made more powerful than the rest, whether it be the Jockey, the Charger, Smoker, Boomer, Tank or Spitter, one of them will be even more powerful than its peers. So, if the game still isn’t challenging enough for you (though I find that hard to believe), then the Mutations mode is certainly going to be your thing. Valve have also announced that this is going to be a permanent fixture within Left 4 Dead 2, so get used to it.

Overall this is a solid, worthwhile expansion. It’s somewhat irking that PC owners get all of this content for free through Steam, whereas Xbox owners have to pay to play it, but even at 560 points, this is an extremely worthwhile purchase and is jam packed with content. The new campaign is difficult and entertaining enough to keep you coming back for more, the new Mutation modes are an innovative and excellent way of extending the lifespan of the L4D2 multiplayer, even the new music track by the Midnight Riders is an excellent rock track! ‘The Passing’ is the best add-on to a game I have seen this year and really adds further longevity to a brilliant game.

Even though the story is more limited than I expected, and I found myself incredibly disappointed and frustrated with the final scene and the game’s ending, the journey to get to that point was more than enough fun to draw my attention for a second and third playthrough and just made me more excited for the Left 4 Dead 1 expansion where we’re sure to get more explanation. It’s not the best campaign in L4D2; that still remains the Dark Carnival in my eyes; but The Passing is definitely a worthwhile purchase for any fan of the series and will keep you entertained for many more hours of blood-curdling fun!