What can Wii U do to our favourite franchises?

It is seven months since Nintendo hit us with the Wii U reveal at E3 and finally, we are now into the year of the console’s release. We’ve all seen the footage and read the news stories and we are even starting to see and hear about some of the titles that will be coming for Nintendo’s next home console. It’s fair to say that anticipation is building.

As expected, Nintendo have, so far, been highlighting a lot of the family friendly party titles that will keep the motion control basics of Wii with a few extra bells and whistles courtesy of the new controller and the fact that they have, at last, given us a console that supports HD.

However, we here at TIMJ feel that now is the time to ask some serious questions of what Wii U and that rather large controller can do to some of our favourite titles, starting with some of the more obvious suggestions.

Mario Kart is a guaranteed Wii U release and, inevitably, will utilise the controller screen for the course map and, potentially, to allow you to store multiple weapons. This could be extended slightly with a more serious racer such as Dirt or F1 where the screen can carry all your race data including split times, fuel level and even a car tracker. As you enter the pits I can see a mini-game utilising the screen on the controller to change a tyre.

You aim the controller at the TV screen, which has a close-up of the wheel, target the bolt and hit a button to unbolt the old wheel then move the controller to the floor to grab the new tire, aiming it back at the now empty wheel and pressing the button again to bolt on the spare. In addition to this there is scope for a more-comprehensive-than-ever car chassis design option, using the stylus and screen to allow you total freedom in your car design.

I think it is safe to say that in an RPG or FPS the likelihood is that the controller screen will initially be used as an inventory and this option is likely to stretch into action adventures, where items and weapons can be collected and held for use at a later time.

Personally, for me that’s too obvious; we’ve seen some footage where the Wii U controller is attached to a gun peripheral and the screen is used as your sight. This has to be the minimum in any shooter and with the screen size and variation available from the button setup it could still include your inventory items via a few easy to access menus.

I’m picturing COD or Battlefield here with an enhanced light gun type set up that includes a touch screen or button option to switch weapon, motion control to melee and a simple interface to open a full map and inventory. In Multiplayer, during matchmaking, the touch screen could allow a quick, simple interface to build your class and set your perks saving the time and effort the current menu systems need. 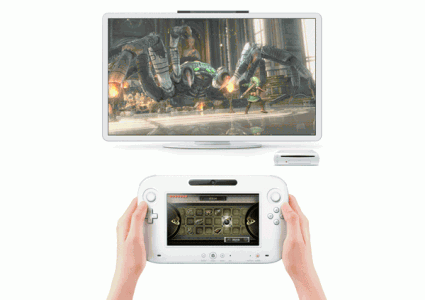 Sports games are a mixed one for me. One of the videos I watched last week whilst researching this piece was of Peter Moore discussing his views on the possibilities and showed a Madden game using the screen as the playbook. This is again a pretty obvious utilisation of the touch screen controller but one I like the sound of.

As a huge NFL fan I can see this almost acting like the electronic wrist bands that a lot of the leagues Quarterbacks use for their play selection. How about we add to that some motion control throwing or in the Superstar mode having to catch the pass by lining up the controller screen correctly with the flight of the ball on the TV?

In FIFA we could have an overhead pitch view on the controller screen so we can easily see where our players and opponents players are without it taking up room on the TV screen. Maybe an alternate view on the controller can be our current tactics, making changing to a more attacking or defensive setup even quicker than the current model. This screen can be used to change more tactical aspects without the need to pause and even allow quicker substitutions and last-minute changes to a set piece taker or even a saved set play routine.

We’re all aware of the clip in the reveal video of the golf shot where the new controller is on the floor showing your lie, while the old Wii remote is used as a club. I can’t envisage too many other options for a golf game to utilise the controller and other sports titles such as Fight Night or Grand Slam Tennis might struggle to do anything overly revolutionary but the touch screen and stylus options will certainly allow for a more comprehensive character creation mode. 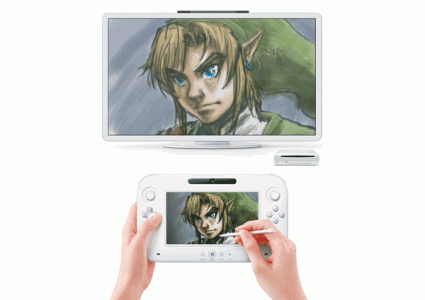 Aside from the standard inventory store mentioned above for RPG’s and Sandbox games, I can see the potential to open up a whole new way of interacting with NPC’s utilising the controller. The touch screen and stylus combination gives developers more freedom than ever in that it could allow gamers to input far more personality than ever into dialogue. Imagine one of the interrogation’s in L.A. Noire where you can devise the question to ask yourself. It would be difficult to pull off, granted, but the challenge is there.

Personally, I find the platform genre as the most challenging to be able to utilise the new controller other than to allow you to play on the controller screen when your TV is busy. Platformers have done motion control with quite limited success on Wii and Kinect and I don’t see this changing with Wii U. Modern platformers will probably allow inventory use, which undoubtedly is going to become a standard for a large percentage of Wii games in my opinion. Perhaps the scope of the controller could allow you to extend your TV screen by looking through the controller to your left and right or above and below your character. 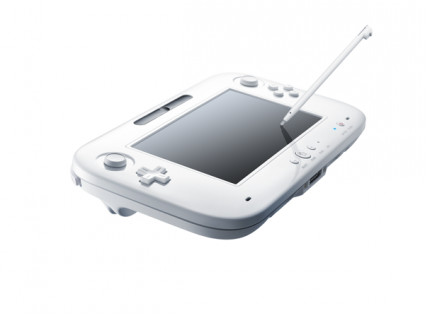 The unique controller has endless possibilities

This in itself is a pretty neat feature that could play a massive part in shaping the future of our gaming experience. Imagine playing the next Tomb Raider and, whilst walking over a rope bridge, a simple movement of the controller downwards reveals a panel breaking beneath your feet. How about walking through a wasteland in Zelda and holding the controller above your head to see a creature or dragon flying overhead.

So there you go, just a few of the ideas I’ve had, but there are many, many more out there. I’d love to hear how you think Wii U can change our gaming world in the comments below.

Finally I want to make an open plea to all game developers that have Wii U projects ongoing or in the future. Please, please, please; don’t ever stop dreaming of new ways to use this hardware. The possibilities are, quite literally, endless.