Team Talk: Should all games have multiplayer?

Welcome to this month’s Team Talk, where we discuss whether all games should contain some form of multiplayer, or whether there’s still something to be said for a solo experience.

I have a love/hate relationship with multiplayer. There are very few games that welcome players on a sliding scale of ability; more often than not you’re blasted in to yet another generic arena where you’re ripped apart in thirty seconds by wolves for the amusement of crowds baying for your blood. In real life, you could take some small solace in the fact that you’d at least be remembered by your friends and loved ones. Online, though, nobody gives a shit.

My true pet hate, however, is unwrapping a brand new game, and finding two discs inside: one the single-player campaign and one the multiplayer component. Somewhere in this previous generation, there seems to have been a paradigm shift where suddenly the multiplayer disc is the very first thing you see. Fuck the single-player disc; that’s being essentially tea-bagged by the ‘super party fun time’ disc above. What the fuck is that all about?

Don’t even get me started on those weirdos who don’t even bother with the single-player campaign and dive straight in to online multiplayer. Sorry, maybe I’m old-skool, but I just find that really odd… 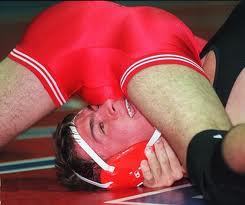 Not everything has to be ‘shared’ or ‘experienced together’. Some games want to tell a story and lead you through an experience. It really comes down to the strength of what ‘multiplayer’ you’re offering.

We’ve all seen examples of where multiplayer has been shoehorned into a game. Did it improve sales or did it rub people up the wrong way? Dead Space 2‘s success wasn’t because of the multiplayer components.

Do all books need pictures? Do all songs need a guitar solo? Do all films need CGI monsters?

Ariana Hester (Social Networks)
Should all games require multiplayer? No, of course not. Would multiplayer add value to games? Yes, yes it would.

The main question developers need to ask themselves is not whether they should add multiplayer, but if they have the means to execute it properly. If it would take away much-needed manpower, budget, and time from the game as a whole then it should be an obvious no.

Everyone appreciates the replay value it adds, but you will be more successful if the game can stand on its own without extra incentive. The better the single-player component is, the more forgiving fans will be about not having any extras.

My main issue on the subject of multiplayer is the neglect of local support. This current generation has forgotten the joy that comes from playing with just one person right next to you rather than a team of people online. Some of the best multiplayer memories of mine are of a simple round of co-op to get those hard-to-reach goals, or a game of tag where plenty of laughs were shared among friends. 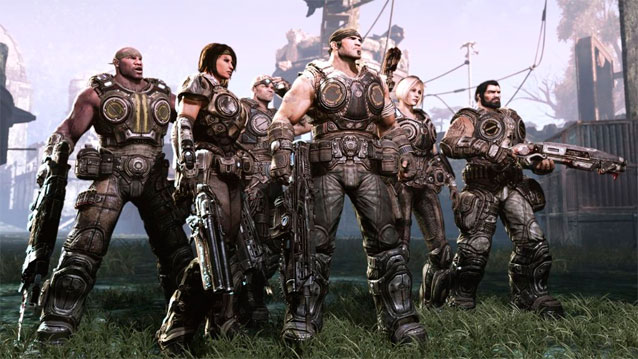 Neil Hughes (Site Manager)
Multiplayer has been shoehorned into too many games over the years, in a transparent tactic to justify charging an inflated price for a short single-player campaign.  Games such as LA Noire, Batman: Arkham Asylum and Bioshock proved that you could have hours of fun immersed into a game without feeling the need to add some cheeky and cheerful multiplayer add-on at the last minute.

As gamers, sometimes we fancy tucking into a meaty single-player campaign and enjoying a little ‘me’ time. At other times we might feel more sociable and take our sport or weapons online, but this all depends on our mood at the time. There is room for both online and offline games in the modern world.

The more worrying trend for me is games like the Call of Duty franchise where the 6-7 hour single-player campaign is almost seen as a distraction. Many gamers don’t even bother playing through the story, and part with a huge sum of cash for what is essentially just a handful of new maps.

Ultimately though, some games are just better off played alone and we should celebrate this rather than try to change them to be like everything else.

Neil Hickton (Podcast Host)
The cynic in me says multiplayer games are a way for publishers to bleed a steady income out of gamers by attempting to give their title longevity after the single-player campaign is over. Of course, simply bolting on a multiplayer mode may not win us over anyway and I have a number of games where I’ve never (or hardly ever) played the multiplayer mode as they’ve never appealed to me in that way. The Uncharted games are an example; for me these titles are all about the action story and not about team deathmatch.

Games are a personal experience that can be discussed, shared and compared without the need for dedicated multiplayer modes. I’m quite happy for a game to finish and have a logical end; I don’t need it to be diluted by some default head-to-head mode where the goal undermines the look and feel, or even the story, of the main game.

That said I am a fan of games where you can work cooperatively within the walls of the same single-player campaign, for instance Ghost Recon, Gears of War or even Fable 2‘s drop-in, drop-out co-op mode. Co-op enhanced those titles for me, and while not essential, it is perhaps here where the future of multiplayer lies. A future where our gaming lives will be better connected than ever before, games will evolve to incorporate a way in which our friends can pop in and out of our single-player games to help us or just to hang out and have a little bit of fun.

No, not all games need multiplayer; but to be honest as long as it’s not a shoddy bolt-on job that ruins the overall quality of the title, then I see no reason not to include it. 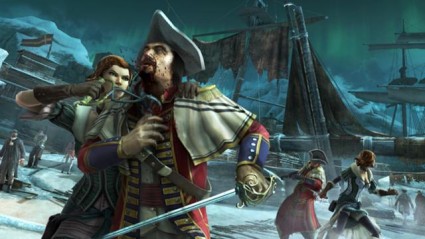 TIMJ staff widely agree that Assassin’s Creed’s multiplayer is well done. The guy with the hook in his throat isn’t so sure, though.

Andy Buick (Podcast Co-Host)
I sit firmly in the ‘no’ camp on this one. For me to be really interested in a game, story has to play a large part, and so multiplayer has never really engaged me the way single-player games have. However, there is a place for multiplayer of course, and even in games that have been historically single-player only, when done in the right way I’ve found some of the more enjoyable and interesting multiplayer experiences in these games. Examples of this are the likes of Assassin’s Creed, which I really enjoyed (when I could find a game…); and God of War: Ascension, which is actually really good fun.

Where I get annoyed with multiplayer is those games which use it as a way to make up for an inadequate single-player game. The FPS genre seems to be particularly guilty of this, although you can’t really blame them when COD and Battlefield sell by the bucketload and a large number of players dive straight into the multiplayer without even trying the single-player content.

I don’t buy these games because I want a decent single-player campaign, not a 4-5 hour token effort, and I don’t find multiplayer in these games interesting enough to really get into (and let’s be honest, unless you’re willing to put in many hours, you’re just going to be cannon fodder).