Why I am annoyed with Metal Gear Solid V…

This year saw the release of latest Metal Gear Solid game, The Phantom Pain. Supposedly the final MGS game from series creator Hideo Kojima (we’ll gloss over the bit where he has said that repeatedly for the last decade…), it represents one of the biggest gaming releases in some time.

I received a copy to play with in the intention of coming up with some kind of editorial on it, the subject; anything I wanted. In trying to offer a different angle, I had suspected that I’d be going against the grain, maybe focusing on something I didn’t like or found fundamentally flawed, and that it would only be the story I liked because the overall lore is so bat shit crazy.

Then I ran into a problem: Metal Gear Solid V The Phantom Pain is an undeniably brilliant game…

My first couple of hours resulted in my original idea for this article being all but cemented: I had been spotted by enemies and when I tried to find out which, I couldn’t because they seem to have spotted me from behind a wall or miles away. Which was kinda great, it meant I could go away and have a bit of a rant about how a game about stealth fails to let you be stealthy.

Being the professional that I am, I decided to play longer to confirm things. My plan slowly started to break down as I realized that no, it was in fact me that was the problem. I hadn’t attempted to find out where all the enemies in a given camp were. I had been too gung-ho when infiltrating, and I hadn’t followed the ‘six Ps’: Proper Planning Prevents Piss Poor Performance. 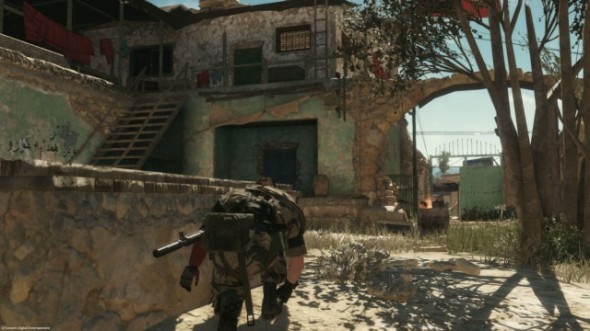 Damn, this wasn’t going well. So, I thought about focusing on the story, with all its insane twists, there must be something incoherent or laughable to write about. So far, though, it has been fairly sedate, and demands my interest at every turn. I actually want to play the main missions to gain more of an insight into what is going on and, apart from the opening, there is very little crazy in there.

What else could I look at here for an article? How about the graphics? Five seconds in and Kojima had shot that one down with the force of Metal Gear Rex, and there is a stunning representation of real world locales and technology. There wasn’t even any open-world jank I could find, so my article ideas list kept getting smaller.

How about sound? Well, this one I could go two ways on. I could say that the voice acting in general was rubbish and hampered by a lousy script, but while that can be the case in spots, it has always been part of the series’ charm. The other way was to go off on one about David Hayter, Snake’s western voice actor being replaced by higher profile name in Kiefer Sutherland and how that completely spoils the series and causes confusion and is just a really dumb decision.

To be honest, I barely noticed. Snake here is a much quieter person and Kiefer is a good actor, playing the part well, so that wouldn’t really work as subject matter either.

Shorter the list goes, so what about all the miscellaneous base building and collectibles, surely they can provide a rant-worthy topic?

While I can see why some people might not like it,  it provides a nice little distraction when the open-world gets a little stale, and more over, provides neat upgrades to weapons and abilities that do come in useful. Collectibles, a pet hate of mine, are present as they are in any other open-world game, and would be a completionist’s nightmare,  but they actually make sense in the context of the story and the resources you require to build new kit.

Due to a stable context, the collectibles sit right where they need to be: optional items that are just randomly found in the world. It is about here, with just about everything else exhausted, I have just about given up on finding my clever angle. Not with the game, though, I will be playing that for some time yet. 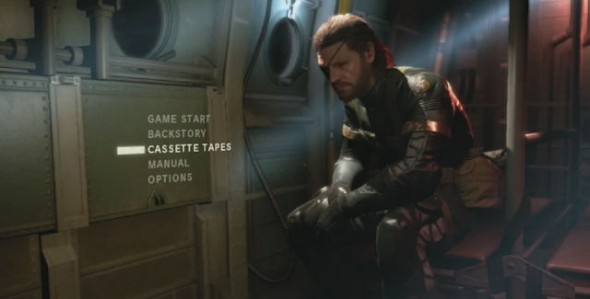 Tapes actually add to the story/world, so can’t rant about them either!

And that’s because the truth of the matter is that MGSV is a brilliant game, probably the best in the series – certainly the best in terms of gameplay – and finding things wrong with it, even as a critic, is surprisingly tough. That is a good thing, as in an already good year for games, Metal Gear Solid V: The Phantom Pain was released and made it a brilliant one.

It is sure to make the top of many a GOTY list, even with such stiff competition from The Witcher 3 (surely), Fallout 4 and Destiny: The Taken King. So, that is why I am annoyed with it. All I wanted was something to rant about to give me an easy article, just the smallest thing, something to provide a different angle to everyone else, but the best I can come with is a slightly obscure economy system which the in-game help can explain fairly easily.