Welcome to the first in what I hope will be a regular feature: The Diary of a Geek Dad. I am hoping for this to be more a collection of thoughts, worries and obstacles that lie in front of me as I traverse the minefield of fatherhood as an open and honest geek; sometimes stupid, sometimes sweet but, most of all, real.

So, just to get this out of the way, I have a beautiful baby daughter now who is doing brilliantly, despite the fact that I may have thought she was a boy when I first saw her (don’t judge, Homer Simpson did the same thing). We spent about a week in the hospital just due to mum having an infection and a clerical cock up, but have been home for a couple of weeks and all are getting into the swing of things.

So what is this first post going to be about? Well, knowing that I would have some downtime while we waited for my wife’s labour to kick in properly, I invested in a copy of Halo: Mortal Dictata, the third book in the Kilo-Five trilogy. At this point, it’s probably fairly obvious that I am a massive Halo fan, and I love the extended universe novels. Bungie, and later 343 Industries, have strived to create a universe that feels coherent across everything, telling stories that aren’t just rehashes of the games plots (looking at you Assassin’s Creed).

The Kilo-Five Trilogy consists of three books: Glasslands, Thursday War and Mortal Dictata and centres on the ONI special forces team Kilo-Five, whose mission is simple: cause a civil war within the ranks of the Elites or Sangheili. This is going to get a bit lore and spoiler heavy, but hopefully not too confusing because there is a specific part of these books, and the overall Halo fiction that I want to talk about. 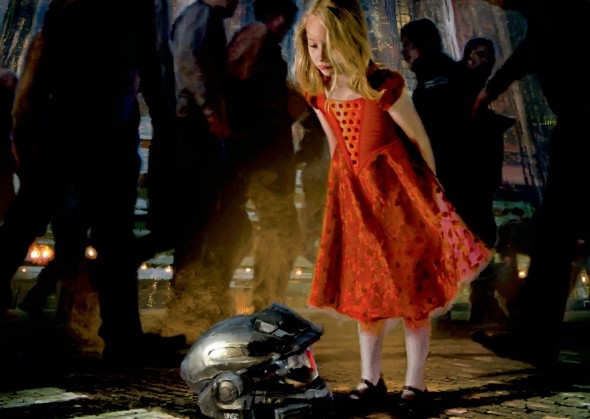 The Kilo-Five team consists of the next in-line to be Head of Office of Naval Intelligence (ONI): A former Spartan called Serin Osman, two Orbital Drop Shock Troopers (ODSTs) in Vaz and Mal, pilot Deveraux, communications specialist Philips, smart A.I. BB (Cortana’s equivalent) and, finally and most importantly for this, Spartan Naomi-010: An active Spartan II. Why is Naomi important? It is because she is a Spartan II.

Master Chief is a Spartan II, the same type as Naomi. The Spartan II’s were created to fight insurgents during a rising, galactic civil war within the human colonies, but the alien Covenant presented a more pressing threat and so they were deployed to battle them instead. The most successful Spartan is obviously Master Chief, but many others were created, such as Naomi and Serin Osman, but the augmentations required to fully complete the transition to Spartan weren’t always successful, which is why Osman is a former Spartan.

The Spartan II project is the crux of the matter here. The program required its candidates to meet certain requirements in terms of physical and mental attributes and, most importantly, age. The required age was five-to-six years old. This means that the kids were kidnapped from their families, replaced with flash clones and sent to the planet Reach to undergo the training and other procedures required for the project to be a success.

The clones were designed to die after a certain amount of time, leaving families to believe that their kids had simply died from natural causes. Some family members didn’t believe that previously healthy kids could suddenly become so sick, and in some cases they didn’t believe that the kid in front of them was the same child they had raised for the last few years. 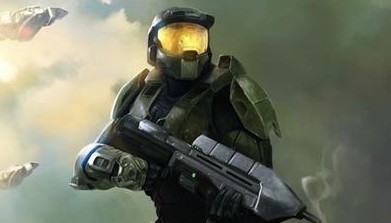 This is where Naomi-010 comes in. In the book Mortal Dictata, Kilo-Five are diverted from their mission on Sanghelios (the Elite home world), having instigated a civil war, to a backwater planet called Venezia. Here they find Naomi’s father, Staffan, a man who has spent the last twenty years trying to find the truth of what happened to his daughter. Staffan has acquired a Covenant battle cruiser, the kind they used to destroy entire planets.

Staffan never believed that the clone was his daughter, and actively sought out others in the same boat. He managed to find several others and become increasingly sure that Earth’s UNSC government has something to do with her disappearance and apparent death. This built over a twenty year period and culminated in his attempting to use the battle cruiser to get the answers he wanted, whether that meant glassing a major city on Earth or not.

Honestly, was I in this Universe myself, I cannot say I wouldn’t do the same thing. If my daughter was taken and replaced by someone who looks and sounds the same but just… isn’t, I would want to find out what has happened too. If I discovered others had the same thing, I would want to find out more, but I still wouldn’t be prepared for the truth of what my daughter had gone through.

Sure, she would be a Spartan, a super soldier capable of running at 60mph, wearing high-tech battle armour and taking on massive alien creatures single-handed, but what she would have gone through to get there is unmistakably cruel.

Ripped from her family at six, taken to an alien world with other, scared, crying children and forced to endure years of rigorous military training before she even had a full vocabulary, she would have her childhood torn away. Her name would be reduced to first name and a number, no personal belongings and possibly even told I had agreed to let her go. That is before a gene therapy and physical augmentation process that could have killed her or left her seriously deformed.

While, in the Halo universe, the end results of the Spartan II program cannot be argued with, what had happened to those kids was horrible. It made this book an incredibly tough read after my daughter was born. We had no idea of her sex beforehand, wanting it to be a surprise, and afterwards the book’s story of a man looking for answers about his daughter and the overall fiction of the Spartan program took on a whole new gravitas.

I wasn’t expecting this!

The site’s editor, after reading the first draft of this post, prompted me to think back on both The Last of Us and the first season the TellTale’s The Walking Dead and see how I felt. I loved both of these games the first time around, and have re-watched the opening scenes of The Last of Us on YouTube. They were heart-wrenching before, but goddamn, I was almost in tears, and that was the first fifteen minutes!

Looking back on that game and how Joel ends up protecting Ellie by any means necessary, it brings me closer to him in a way I didn’t think possible. I can be fairly cynical when it comes to matters of the heart, so the first time around I appreciated what the developers were trying to do with these characters. If I were to play it through again, I would now get a real sense of what Joel himself was going through, especially during the closing scenes. It takes the incredible story and acting to a whole new level. This isn’t a character in a game, he is a dad, struggling to deal with terrible things in a terrible world.

The Walking Dead has similar themes, with Lee just trying to do what is right for Clem, even though she isn’t his daughter or even a relation. Again, the final scenes now take on a whole new level, and to be honest, it was an aspect of fatherhood I wasn’t expecting. Sure, everyone tells you about the sleepless nights, the never-ending nappy changes and military operation nature of doing anything, but they don’t tell you how fiction can take on a whole new perspective. 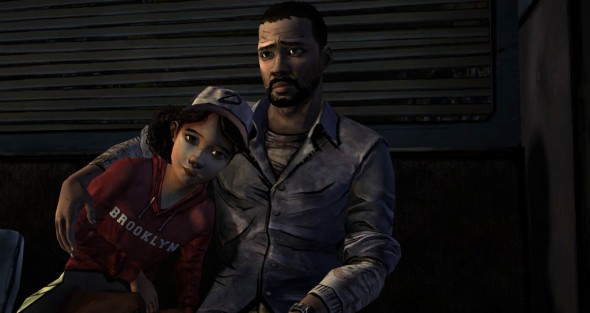 In a terrible world, keeping your kid safe is the only thing that matters…

To be honest, it has knocked me for a six. I have suddenly been given this new outlook on themes of family, parent and fatherhood, and the fiction I consume that deals with it has all the more impact, which has been the most surprising aspect of it all. I managed to prepare myself for all the practical stuff, but how do you emotionally prepare for something you have absolutely no real context for, even if you are around kids of your friends and family a lot?

Obviously, you can’t know how you will feel in a given situation until you are in it. With the zombie apocalypse unlikely (just deal with it!) and even less chance of being transported five hundred years into future where an alien collective is attempting to wipe humanity off the face of the galaxy, I cannot say for certain if what I have said is definitely how I would react, but it wouldn’t be far off.