There’s a topic that I often ponder about with gaming, and many other modes of entertainment, particularly since the advent of the Internet. Why do we humans seem to love spoiling our enjoyment of a story or game that’s not out yet by hoovering up every available piece of data out there, and then scouring the Internet for more?

I remember when The Last of Us was on the way; I tried to avoid any information about it, and when reviews started to arrive, I had the most cursory of glances at a couple, saw that the opinion was “incredible”, and needed to know no more. Here was an experience I wanted to know as little as possible about because anything else might have spoiled it. For me at least, games with a strong story element to them are best played without any prior knowledge.

Continuing with The Last of Us, if you’ve had the pleasure, have a think about all the punches that game pulls, all the brutal, memorable scenes…

Would you have had the same emotional reaction if you’d known these moments would happen? Of course you wouldn’t, and the experience would have lost so much as a result. 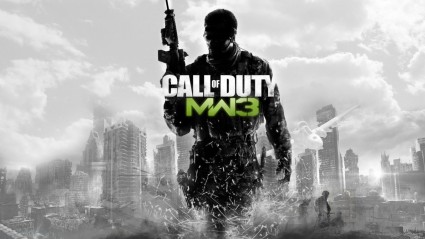 For those who read the leaks for Modern Warfare 3, it probably just confirmed what everyone knew, the plot was complete nonsense.

Sadly, one of the side effects of the Internet era is that we all now seem to want and need information immediately, if not five minutes before, and need as much of it as possible. We have 24 hour news channels and websites so desperate for our attention they splash ‘Breaking News!’ banners across the screen constantly, and we have so many games websites and blogs out there now, including this very one.

Sometimes it seems the writers feel that the only way to get noticed is to put unnecessary content out there; and of course if anything gets leaked, it will spread across the Internet like wildfire. Some of these are extremely high-profile, just look up “Modern Warfare 3 leak” and you’ll see it was covered pretty much everywhere. If you chose to actually take a look at what was leaked, some wouldn’t really matter, but the plot (yeah okay it was pure hokum anyway, I admit), was pretty much leaked in its entirety.

Most leaks, of course, are less dramatic than that but it’s a prevalent thing now. We had PS Plus leaked repeatedly over a few months in Europe, and games seem to be announced by leaks almost as much as by official announcement these days. Assassin’s Creed: Unity and Bloodborne (then known as Project Beast) are just two recent examples. Sometimes I do wonder whether leaks are wholly accidental but more often than not it’s fair to say these are not in the best interests of the developer, publisher, or even us, the gamers.

Another common practice now is the “first play” video. This can be interesting and informative, especially if you’re on the fence about whether to get a game or not and want to get a feel for it. However the nature of most stories will mean that there is a major event at the start, so then you’ve spoiled that element of surprise for yourself. Imagine a first play video of The Last of Us… Despite mentioning these, I’m not completely against the idea as they can help to sell games, but for story-driven games it’s something I personally would always avoid.

Yet as I browse the Internet and see a new article showing off the powers of a high-level Titan in Destiny, I ask myself, why would I want to spoil that for myself? If I’m going to play it, I’d rather have the fresh excitement of discovering the spectacle of a maxed out attack myself. This is broadly equivalent to watching videos of the summon spells in a Final Fantasy game, something I would never want to spoil for myself as discovering these is always a huge pay-off that would be dramatically reduced. 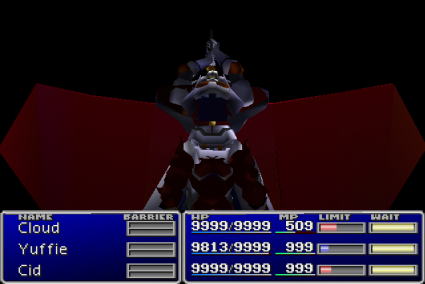 To be fair a lot of people probably never got Knights of the Round, but it was spectacular if you did

Unfortunately, while I’m sure most developers would rather keep their games under wraps, the reality is that margins are so tight now (we’ve seen more than enough developers close over the past few years) that it is in their interests to get as much coverage as possible in the hope this will help them to make the money they need to continue. I can’t blame them for wanting to get as much out into the public domain as more coverage means greater awareness, and then hopefully the sales they need to continue making games for us.

Equally, speaking as someone who makes content for a games site (which in fairness does lend itself to a wee bit of bias), all those sites out there trying to get noticed are also fighting to keep their heads above water, to generate income so they can continue to operate, and get a wider audience too. So it is only natural that we will create content that we perceive consumers want.

So then, this comes more down to our nature as consumers, individually and as groups. As I alluded to earlier, we seem to have an overbearing need in this new Internet era, to gain as much information about a subject, as quickly as possible. Don’t get me wrong, having all that data at our fingertips is a magical thing, but sometimes we take it that bit too far. Perhaps because we want to be able to tell our friends that we know something they don’t, or perhaps because as individuals we’ve become rather impatient and the need to know everything consumes us, but then, as a result of that, some of the magic is lost.

Of course, when all is said and done this is a personal thing to everyone, but next time you’re about to click on an article, or view a video about a game you’ve not played yet that goes into probable spoiler territory, ask yourself; wouldn’t it be more exciting to discover it for yourself?

Andy Corrigan also wrote a piece on spoilers many moons ago, why not check it out?