The Worries of a Geek Dad

I am less than a week away (potentially) from being a father for the first time. It’s an incredibly exciting, scary time in my life, one that will change it permanently, and I honestly cannot wait to meet our little bump.

It’s strange because anyone who has had kids before me gives me advice on anything to do with them, which is absolutely welcome because I know no matter how hard I try to be prepared, I’m simply not. Not for the real deal, not one bit. However, a lot of people know I am a big geek and a massive games player, which then leads to comments like, ‘you won’t have time for any of that crap soon!’.

It is highly likely that my game time will become limited for the rest of my life and I won’t have the disposable cash to spend on collectibles to go in my man cave at all. The thing about all this advice is that not one of my friends with kids are as much of a gamer/geek than I am, presenting a somewhat unique problem.

This got me thinking, and in fact worrying, about my very nature – about the person that I am. I know I can be a total jackass and I have my faults like anyone else, but I have embraced this idea and learnt from it, trying to be the best person I can be, for me and now my child. I like to think this is the best way to handle life, and while I do admit that this can cause me some grief in its own way, this is how I prefer to conduct myself.

Some of the ‘faults’ I am talking about, however, are only seen as faults by others. My geekdom is seen by many, including members of my family, as childish behaviour that has no place in parenthood, and that if you want to raise a child right you have to show them what being an ‘adult’ is and how to conduct themselves accordingly. Granted, this will not hit me for several years, but society seems to deem it necessary that the second you become a parent everything that came before is petty, childish BS. 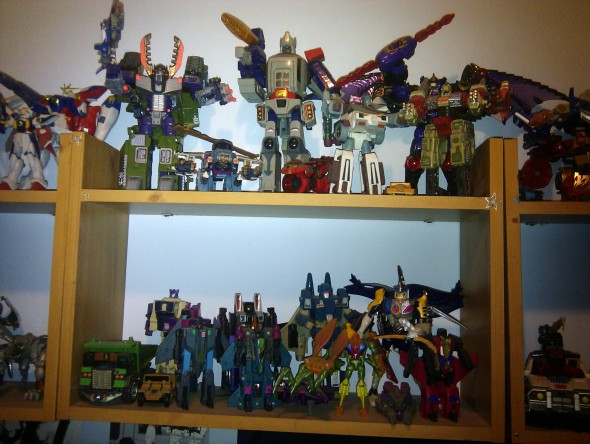 A small selection of my figures

To a certain extent, I agree with this. My life will change and things that seemed like massive problems will become a fading memory pretty quickly, but it’s these past experiences which made me the person that I am today. That core will remain for however long I am on this planet, though the stuff around it will change and inform a personality that will change and evolve over my entire life. Yet the person at the centre of all that will fundamentally be who I have always been, and that person is a geek.

I know I am one, and I embrace it, possibly a little too much. I have said for many years that I could try and hide it, but five minutes in my company will prove I am just lying to myself and everyone around me. I might as well be honest about it. I spend silly money on collectible toys to keep for display purposes only. I devour as much information on games as I can get my hands on, play as much as I can and get deeply passionate about cool fiction across all kinds of mediums.

At times, though, it feels like this is still frowned upon, especially if you are a parent. While the last few years have seen the mainstream start to embrace and accept this comic book and video game-loving subculture, being open and honest about it as a parent still feels like you are being judged harshly. That is absolutely not the way to bring up a child. A child must be prepared for what life throws at it before it becomes an adult and must know the line between the two. My question is, why is there a line in the first place?

The concept of the ‘guilty pleasure’ features heavily here. If you really like a song, book, tv show, movie or game but the rest of the world have judged it and found it lacking, people seem to think that they have to hide their fondness for it away. Same deal with being a geeky parent. You might like all of that stuff but because you have a child to take care of you can’t be seen to do so, and must be seen to be this omnipotent being who oversees every aspect of your kid’s lives, making sure they grow up right. 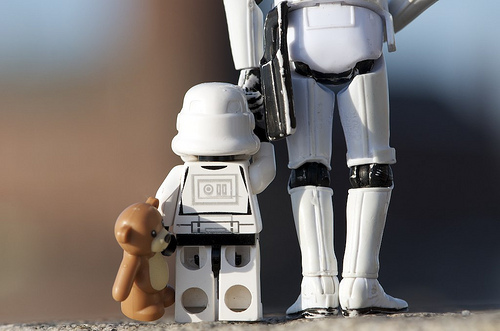 I see no issue here, others do…

Therein lies the rub no one tells you about: make sure your kids grow up to be good, kind, honest people, just make sure they do it in a way everyone else in world thinks is okay. However, being a geek, in my humble opinion, is the ultimate version of that ideal. Simon Pegg, star of Shaun of the Dead, Hot Fuzz and the later Mission Impossible movies, has the following to say on the subject:

“Being a geek is all about being honest about what you enjoy and not being afraid to demonstrate that affection. It means never having to play it cool about how much you like something. It’s basically a license to proudly emote on a somewhat childish level rather than behave like a supposed adult. Being a geek is extremely liberating.”

If society wants me to raise my child to be honest, then why does it keep asking me to hide the person that I am because a father shouldn’t be seen to like such ‘childish’ things? Surely the best way to teach my kid about being honest is to be honest myself?

I want my son or daughter to grow up knowing that is okay to like whatever you like, and that you shouldn’t hide it away. If they like a show their friends say is stupid, I want them to accept that is the friend’s opinion, but continue to like said show anyway, because if they like it, watch it. Or read it, play it or collect it. If that is what you enjoy, don’t be afraid to enjoy it, openly and honestly.

It is entirely likely my spawn will not even be into the more traditional ‘geeky’ things that their dad is into, and that is okay too. My point with this is to say that I want them to grow up confident in the person that they are, not to be shy because others around them don’t like the same stuff. You want me to raise a good, well-rounded kid? This is the best way I know how to do so, and you won’t change my mind on that. 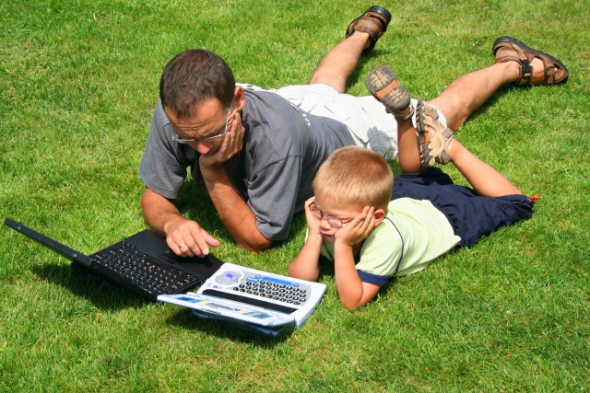 Hopefully this will be us one day!

I do worry that my nature will cause the child some grief though. I don’t want them bullied because they have a dad who isn’t into football or sports in general. I don’t want them to be beaten up because I have as many toys as they do. With all my heart, I hope they are not bullied at all, and that by the time their days are spent at school, my reason for writing this has been rendered moot. I can’t see it, but it’s an ideal I will hold onto.

I have this silly fantasy that my son/daughter will grow and be talking about me to one of their friends, telling them how the thing they admire the most about their dad is that he isn’t afraid to be the exact person he is. That he doesn’t hide what he loves from the world, and knows exactly who he is. Like I said, it’s a silly fantasy.

The aim of just about everything put onto the internet these days seems to be to go viral, and get out to as many people as possible. I hope, out of all the reviews and articles, status updates and tweets I have put out, that this is the one that does it. Why? because I want to change the world.

If I can reach as many people as I possibly can, then maybe, just maybe, they will read this and think “Yeah! why should I hide this about myself?”. If enough people do that, then maybe we can change how the world sees what a parent should be, and maybe teach the next generation how to honest and good not just with others, but with themselves as well.

It’s an idealistic goal, but one I am absolutely fine with having. It’s a noble one, one that everyone reading this will be able to implement by simply being themselves, proudly. Don’t hide away; just be yourself, true to that person, and it will have already started changing the world. I want my child to grow up in a society that embraces them, not shuns them because they aren’t into the same stuff as everyone else. I hope you do too.